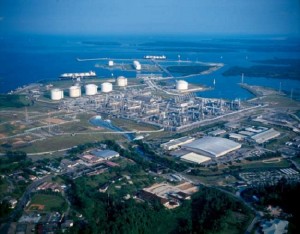 The Government has decided to adopt the scheme of Government business entity cooperation (KPBU) for the oil refinery project in Bontang, East Kalimantan.

The decision was made during a coordinating meeting held at the office of the Coordinating Ministry for the Economy on the follow up of the construction of the oil refinery in Bontang.

The outline business case (OBC) report that serves as the base of the KPBU scheme has been completed and the report also contains all requirements that are needed.

Another decision made during the meeting is the approval of Bontangs detailed spatial planning (RDTR). The approval is needed to settle land certification for the remaining 300 hectares.

The RTDR is also needed to decide on the location of the oil refinery by Governor of East Kalimantan  Province. Deciding on the location is one of the requirements so that the auction for the KPBU scheme can be carried out.

The third decision is on the international consultant of the Badan Usaha Pendamping (transaction advisor) in which the responsibility lies at the Ministry of Finance.

The oil refinery in Bontang was declared as a National Strategic Project under the Presidential Regulation Number 4 of 2016 and the list of Priority Projects under the regulation of the Coordinating Minister for the Economy Number 12 of 2015.

Investment value of the refinery amounting to Rp. 75  140 trillion and the construction is scheduled to begin in 2018 and is expected to operate in 2022. The oil refinery is projected to produce 235,000 barrels per day. (Ekon/ES)