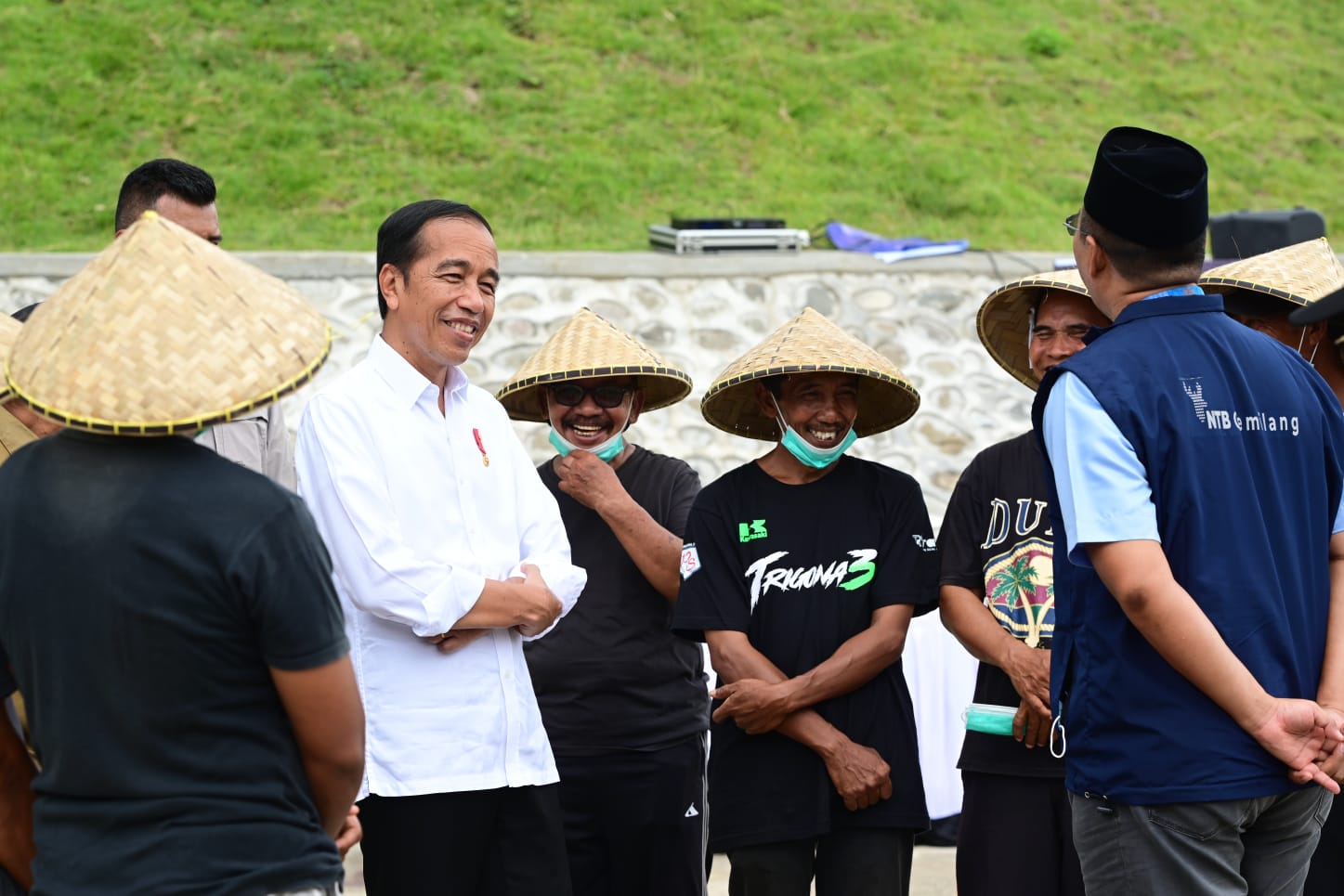 The construction of dams in West Nusa Tenggara province is set to be fully completed in 2023, President Joko “Jokowi” Widodo stated.

The Government has been constructing six dams in the province since 2015 in order to strengthen food security, four of which have been completed, namely Tanju, Mila, Bintang Bano dams, and the newly inaugurated Beringin Sila dam. Meanwhile, the other two, Tiu Suntuk and Meninting dams, are still under construction.

“We hope the construction of the six dams in West Nusa Tenggara will be completed next year and rice production in the province can increase drastically,” the President said after inaugurating Beringin Sila dam in Sumbawa regency, West Nusa Tenggara province, Thursday (12/29).

President Jokowi pointed out that Beringin Sila dam is the 35th dam constructed and inaugurated in the past eight years, adding that constructing dam is vital to strengthen food security and water security.