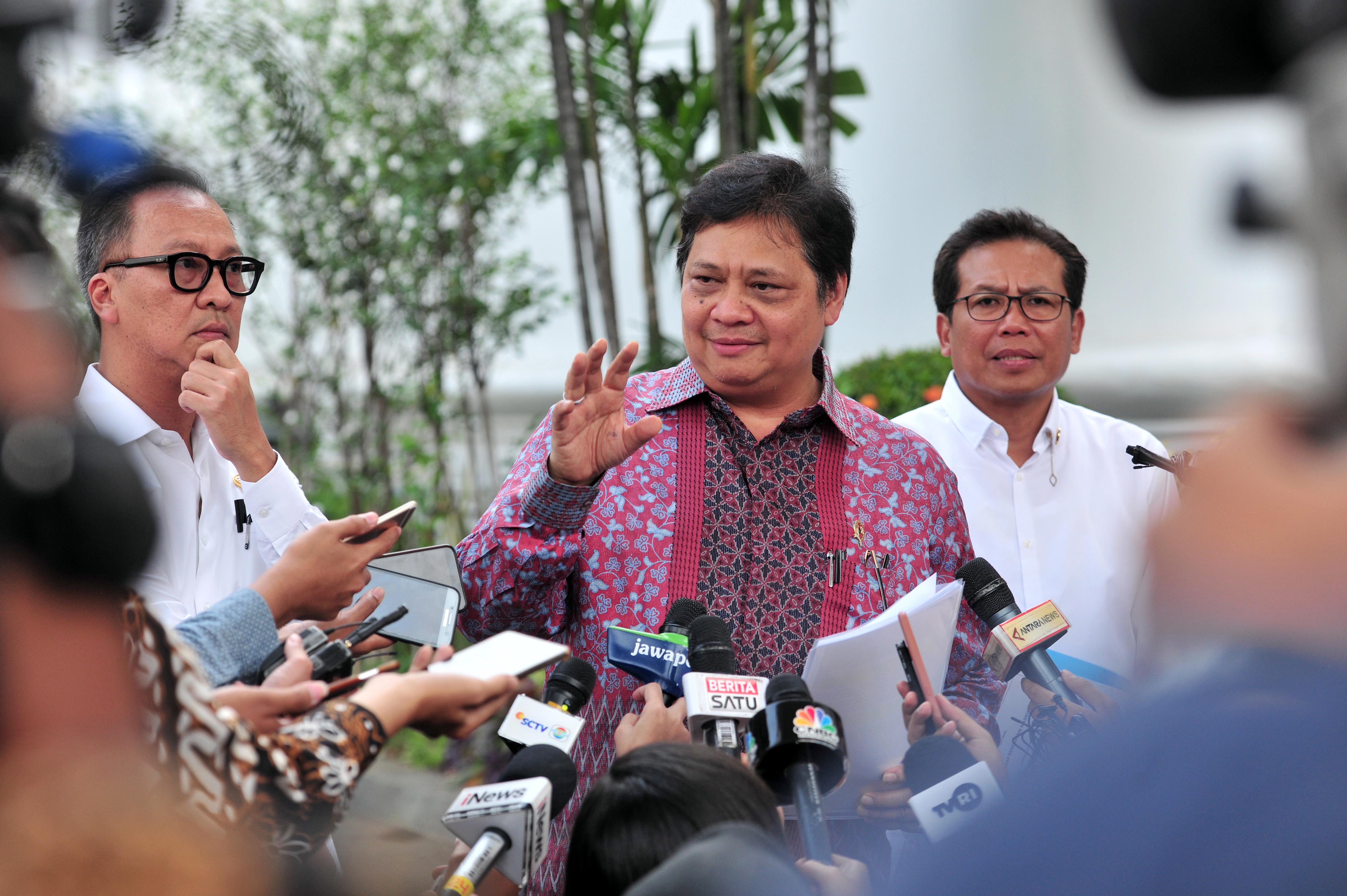 Coordinating Minister for Economic Affairs Airlangga Hartarto delivers a report to reporters after attending a limited meeting at the Presidential Office, Jakarta, Tuesday (12/11). (Photo by: JAY/PR)

According to Airlangga, the Government has allocated a total budget of Rp10 trillion and the Pre-Employment Card is expected to be launched within next three months, said Airlangga after attending a limited meeting, at the Presidential Office, Jakarta, Tuesday (12/11).

“As many as 1.5 million will be digital-based and the remaining 500 thousand will be card-based. The use is for triple skilling namely, skilling, up-skilling, and re-skilling,” said Airlangga after attending a limited meeting, at the Presidential Office, Jakarta, Tuesday (12/11).

In the meantime, in accordance with the President’s directive, the Government will develop supply and demand of workers to meet demands from industries.

The Minister added that unlike other card programs which are one-way, the Pre-Employment Card cards are not only many-to-many but also multi-to-multi in nature, which means the more the number of participants, the more trainings will be provided.

The Government has also designed a mechanism to track down (the implementation of the program) and ensures that the trainings will be conducted by accredited training institutions, he added.

“Through online system, we are actually trying to arrange quota-based mechanism; so those who register in big cities and small cities have same the opportunity to participate,” said Airlangga.

“The Government is also preparing training funds that are open, for instance, a one-week coffee baristas training needs lower costs than coding training that takes 3-6 months,” he added.

Furthermore, a Project Management Office (PMO) – the task of which is to select and monitor the implementation of Pre-Employment Card – will be established in the near future, Airlangga said.

Given that the program is implemented by multiple ministries and institutions, Airlangga added, the President has ordered Coordinating Minister for Economic Affairs as coordinator.

The Government will also establish a Presidential Regulation on the implementation of Pre-Employment Card and beneficiaries, including criteria for who is eligible to be the beneficiaries, he added

“So, it is hoped that this program can be complementary to create jobs. The President also gives direction that this regulation will be given a title Committee for Employment Creation,” said Airlangga.

The program will be held in all Vocational Training Centers (BLK) and private-owned training centers throughout Indonesia.

Airlangga went on to say that aside from Pre-Employment Card which is in the form of unemployment benefit, the Government will also create other employment programs.

“If we look at 6% economic growth, as many as 2.5-3 million employments will be available. Well, that is based on economic growth. The other is safety net,”Airlangga said. (MAY/JAY/ES)