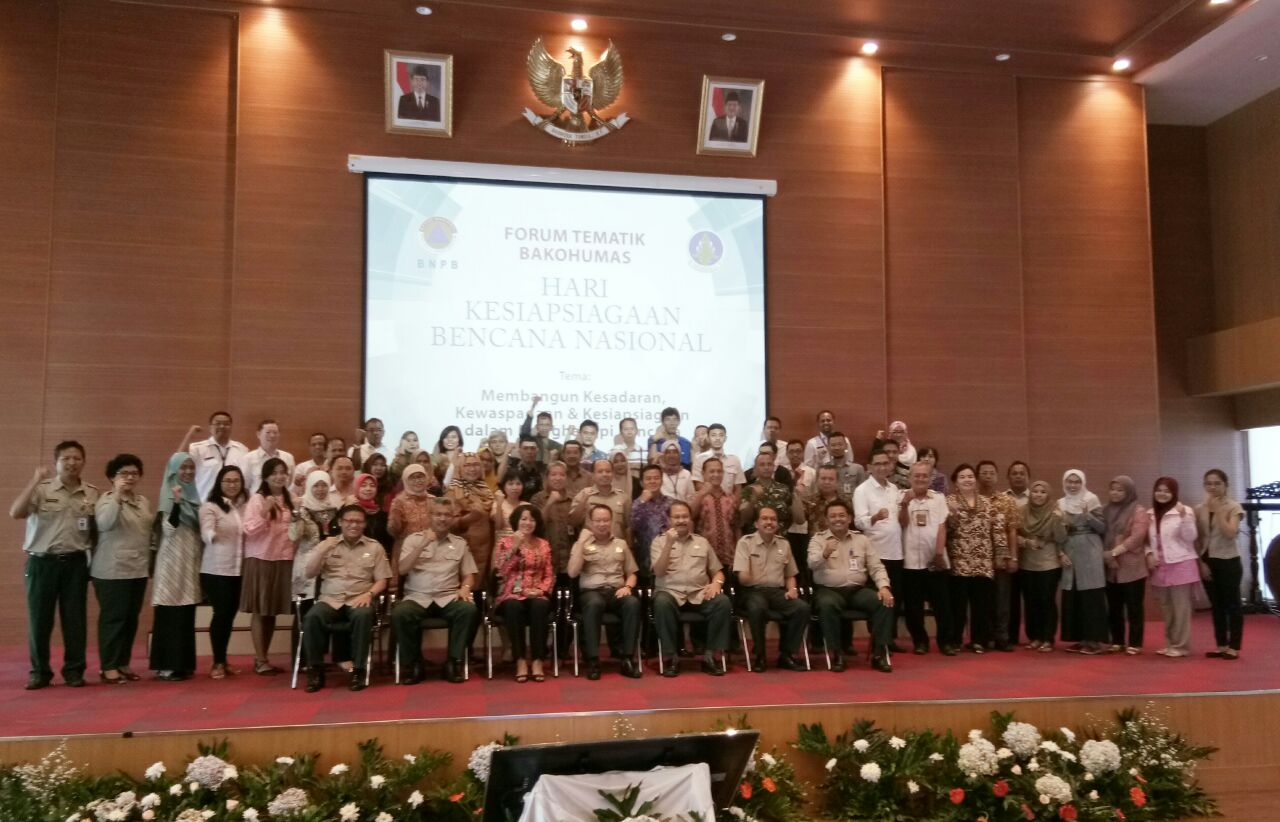 This year, the Government allocates Rp16 trillion for disaster mitigation efforts channeled through a number of ministries and institutions in charge of carrying out mitigation of disaster impacts.

The funds are actually smaller than the financial losses due to earthquakes or other disasters that hit the country every year that reach Rp30 trillion, said Head of the National Disaster Management Agency (BNPB) Willem Rampangilei at the Thematic Forum of the Public Relations Coordination Board held at BNPB Office, Jakarta, Thursday (30/3).

Funds allocated to mitigate the disasters, Willem said, also include reforestation and tree replanting programs implemented by those ministries.

Willem added that in 2017, victims are affected in 105 cities and regencies.  In addition, he said as many as 24.67 million of River Basin Areas are in critical condition and many rivers are used as waste disposal sites.

In the meantime, Willem pointed out that most of the people affected by the disasters are due to the fact that they live in disaster-prone areas. However, extreme climate change also caused disasters such as the ones that hit Garut and Limapuluh Koto Regency, Willem said.

Efforts in disaster mitigation, Willem said, must be done through joint efforts and are made with care, and the people must be educated every day to face disasters.

Therefore, Willem hopes that the observation of the National Day of Disaster Preparedness is not only a ceremonial event but must also be measured and successful.

The measure of the success is if we can save more lives, he firmly said.

He further said that there are still 150 million people who live in areas prone to disasters such as floods, Tsunami, and many others.

In the meantime, Director General of Information and Public Communication of the Ministry of Communication and Informatics, Rosarita Niken Widiastuti, said that the Government has resources to disseminate information both at the central and regional levels.

The Society Information Group, which has a total member of 6,000 people all over Indonesia can also be used to impart information to the public, Niken said.

Trainings organized by the BNPB are important as they can be source of knowledge about early warning system and to educate the public not to expose disaster-related photos. It can also focus on how to handle disasters, Niken said, adding that another important thing that must also be prepared is trauma healing.

For the record, the forum was attended by echelon 1 and echelon 2 officials from the BNPB as well as officials from other ministries/institutions including from the Cabinet Secretariat. (EN/ES) (EP/YM/Naster)