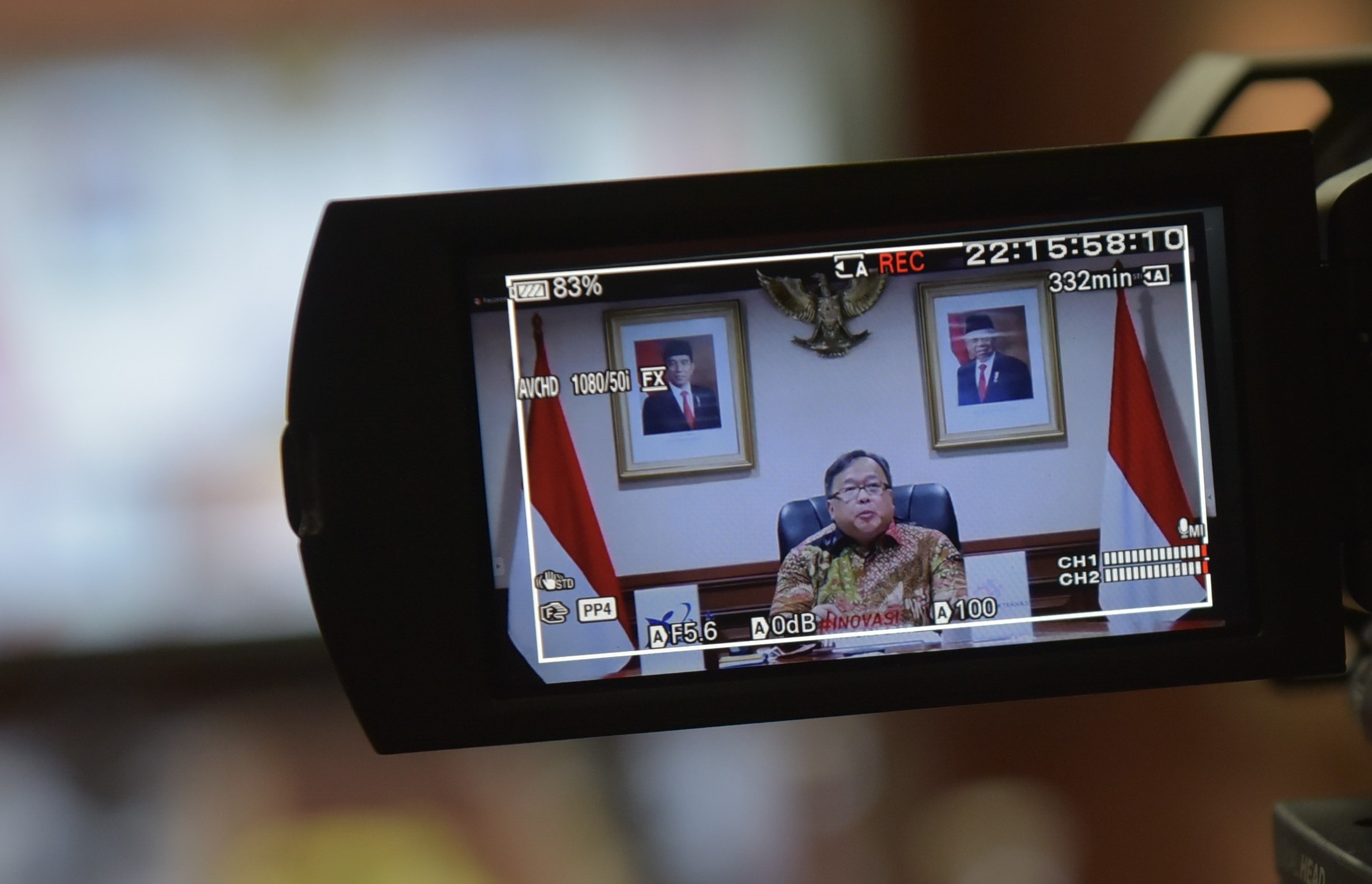 Minister of Research and Technology/Head of the National Agency for Research and Innovation Bambang Brodjonegoro (Photo by: Public Relations/Rahmat).

Ministry of Research and Technology/the National Agency for Research and Innovation has conducted several research and innovations on 3T (testing, tracing, and treatment) strategy for COVID-19 handling.

“The two domestic innovations are expected to be the solutions, solutions to reduce dependence on PCR tests and also solutions for better screening,” the Minister said after a limited meeting on the Report of the Committee for COVID-19 Handling and National Economic Recovery (PC-PEN Committee), Monday (12/10).

GeNose, Bambang said, is designed to detect SARS-CoV-2 via breath. According to him, the tool is cheaper and more accurate. “This approach can result in faster screening and detection efforts, in less than 2 minutes,” he said.

Bambang said that GeNose has been put through the first phase of clinical trials in a hospital in Yogyakarta and the accuracy rate compared to the PCR test is 97 percent. “We are currently conducting a more extensive clinical trial in various hospitals. If the level of accuracy is high, close to 100 percent, then GeNose can be a screening solution which will reduce dependence on PCR tests,” he said.

The RT-LAMP testing technology is developed in the form of rapid swab test. “The swab test, which usually takes a long time and requires a laboratory, using (RT-LAMP), it can be done in less than an hour and without the need of BSL-2 laboratory,” the Minister said.

According to him, the RT-LAMP is also much cheaper than the current tools. “Its level of accuracy is very accountable,” he stated.

On the COVID-19 patient treatment using convalescent plasma therapy, Bambang went on to say, it has passed the first phase of clinical trials. There were no serious side effects from the therapy, he said.

During the limited meeting, the Minister stated, he also reported on the domestic production of COVID-19 rapid test technology which was launched around May this year. “Production reaches 350,000 per month and next month, it is estimated that the number will shoot up to 1-2 million,” he said.

The President, the Minister said, also instructed the Ministry to prioritize the domestic production. “This is to reduce or even stop the imports of rapid-test tools,” he said.