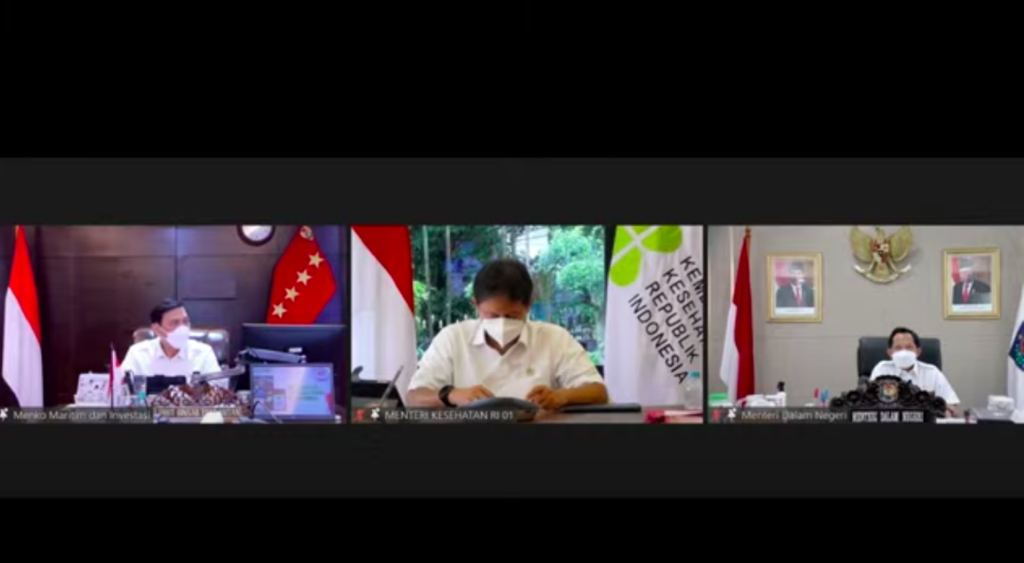 Following the announcement of an emergency public activity restriction (PPKM Darurat) in the islands of Java and Bali from 3 to 20 July 2021, the Indonesian Government has issued a regulation on the emergency PPKM.

The regulation, Coordinating Minister for Maritime Affairs and Investment as well as Deputy Chairperson of the Committee for COVID-19 Handling and National Economic Recovery (KPCPEN) Luhut Binsar Pandjaitan said, was prepared carefully through study as well as substantial inputs from various parties, such as epidemiologists, medical associations, regional governments, and other related parties. The regulation was also made based on Indonesia’s experience in handling the pandemic as well as other countries.

“The regulation was made with optimal preparation and we also have reported it to President Joko “Jokowi” Widodo. The President has also agreed with these steps,” Luhut said in a virtual press conference, Thursday (01/07).

Luhut added that the President had also ordered the relevant ranks to carry out this policy firmly and measurably.

“Earlier we spoke with the governors and mayors/regents and we all agreed that we would do this in an assertive manner,” he said.

The following is the regulation on the emergency PPKM:

e. Eating/drinking activities in public places (food stalls, restaurants, cafes, street vendors, hawker stalls) both in separate locations and those located in shopping centers/malls, they should only accept delivery/take away and refuse dine-in;

g. Places of worship (mosques, prayer rooms, churches, temples, monasteries, and pagodas as well as other public places that function as places of worship) are temporarily closed;

k. Wedding reception can be attended by a maximum of 30 people by implementing stricter health protocols. Eating is not allowed at the reception venue. Provision of food is only allowed if stored in a closed container to be taken home;

m. Wearing masks correctly and consistently when carrying out activities outside the house. It is not permitted to use a face shield without wearing a mask; and

n. Micro PPKM in the neighborhood units/hamlets of a Red Zone should still be carried out.