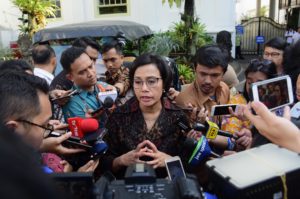 In a bid to reduce smoking prevalence, particularly among women and teenagers, the Indonesian Government has decided to raise tobacco excise by 23 percent or a 35 percent increase of the retail prices.

This new policy will be in place starting 1 January 2020.

“An average increase of 23 percent in total excise and 35 percent of the retail price will be stipulated in Regulation of Finance Minister which will take effect on 1 January 2020,” said Minister of Finance Sri Mulyani at the Merdeka Palace, Jakarta, Friday (9/13).

The Minister also revealed that there was a trend of increased tobacco consumption among women from 7 percent to 9 percent and for teenagers from 2.5 percent to 4.8 percent.

Increasing tobacco excise, she added, also aims to eradicate circulation of illegal tobaccos or non-excise tobaccos, which are sold at a very low price.

She added that the move also aims to increase price of tobaccos to discourage smokers in Indonesia, home to one of the world’s biggest number of smokers.

“We have agreed to increase tobacco excise by 23 percent,” the Minister said.

With the new tobacco excise in place, Sri Mulyani expressed optimism that excise revenues target in the 2020 State Budget bill set at Rp179.2 trillion can be achieved. (ANT/ES)