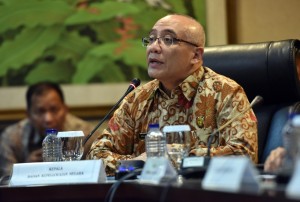 Bima admitted that the issuance of the PTDH Decree might encounter a number of issues, including incomplete administrative data, technical problems, and various humanitarian reasons that make the PPK difficult to make decisions.

Therefore, Bima continued, his agency will provide help especially in providing data that can speed up the process.

Although there is no time limit for the PPK to issue the PDTH Decree, I urge them to immediately issue the document . Otherwise, the PPK will be considered to commit maladministration or even be accused of violating the laws, Bima said, adding that he will release an official letter containing an order for the PPK to follow up the remaining graft-convicted PNS that have not received a PTDH Decree.

Data from the BKN as of 29 January 2019 shows that of 2,357 PNS found guilty in corruption case by legally binding conviction, 20 percent (or 478 people) of them have been dishonorably discharged. 49 of them people work for Ministries/Institutions and 429 work for regional governments. (Public Relations of BKN/ES)