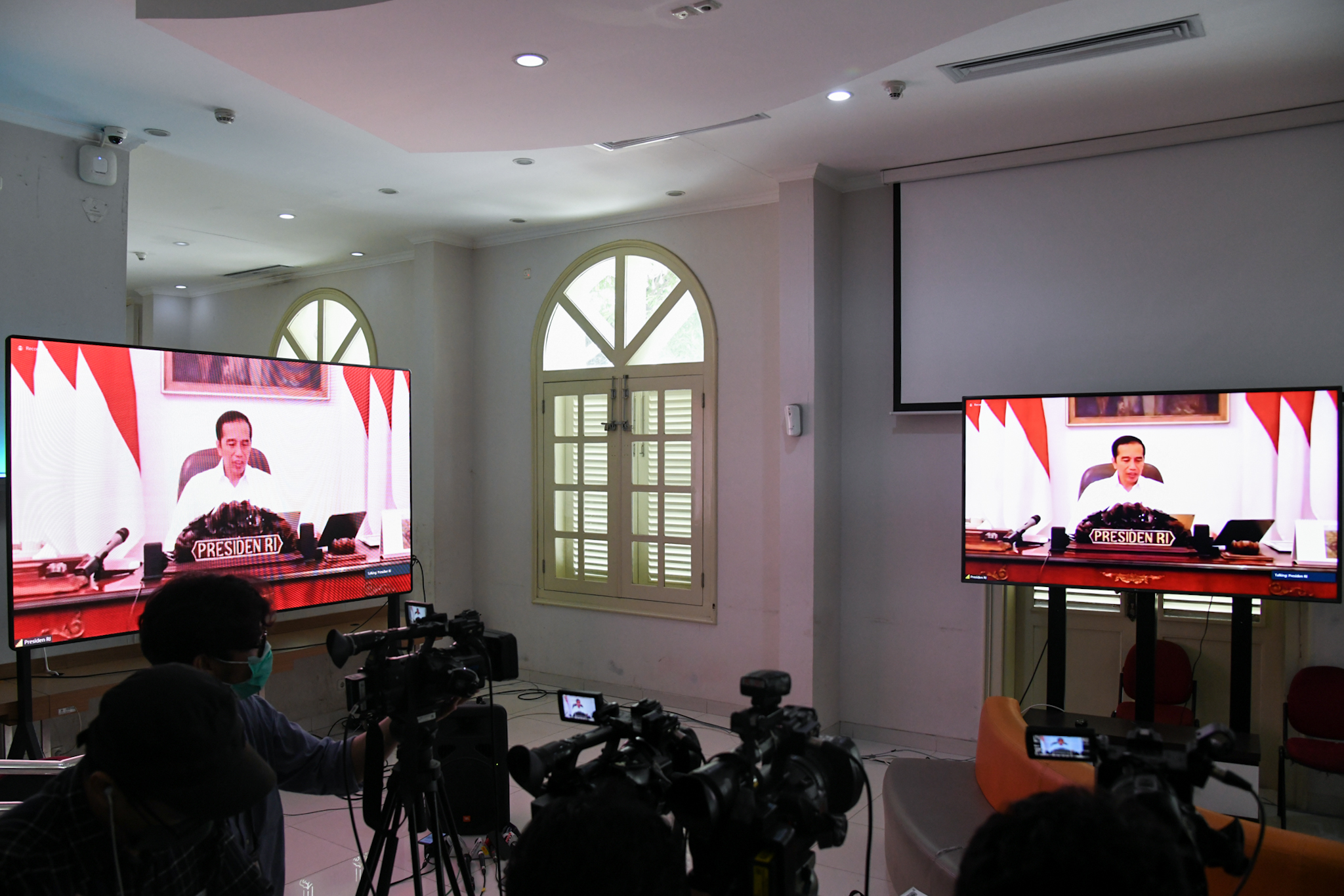 President Joko “Jokowi” Widodo on Tuesday (21/4) has made a decision to ban mudik (annual exodus ahead of Eid al-Fitr) this year.

“I want to make a decision. After a regulation prohibiting State Civil Apparatus (ASN), personnel of the Indonesian Defense Forces (TNI)  and the National Police (Polri), as well as state-owned enterprises (BUMN) employees from returning to their hometowns was issued last week, at today’s meeting I want to announce that we will ban mudik altogether,” President Jokowi said in his introductory remarks at a Limited Cabinet Meeting through video conference on Follow up Meeting on  the Anticipation of Mudik.

On that occasion, the President said that based on field research and a survey conducted by Ministry of Transportation, the Government found that 68 percent of people to not participate in the annual exodus, while 24 percent still insist on leaving, and 7 percent had  already left for their hometowns.

“It means that there is still a big percentage (of people who will participate in mudik), which is 24 percent,” President Jokowi said.