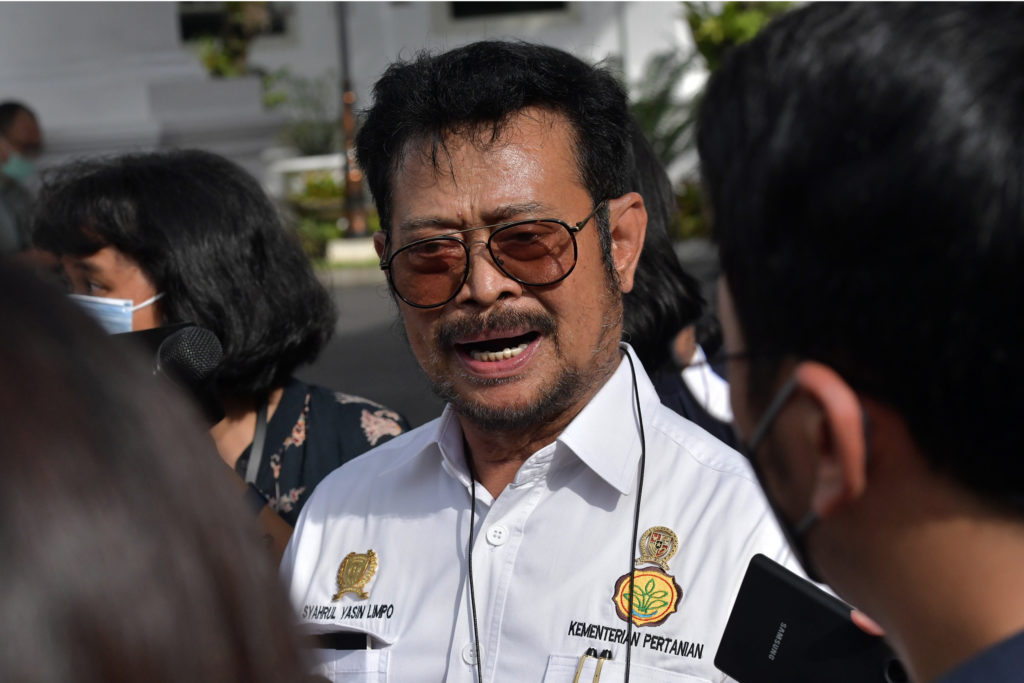 The Government has rolled out foot and mouth disease (PMK) vaccinations for livestock in the country starting in East Java province.

“We are trying to vaccinate the livestock. The faster, the better,” said Minister of Agriculture Syahrul Yasin Limpo after attending a limited meeting at the Presidential Palace, Jakarta, Tuesday (06/14).

He explained that the Government has provided the first stage of PMK vaccination on Sunday (06/12). The implementation of the vaccination will be prioritized for healthy animals located in the red zone or the infected zone.

“We will first vaccinate the livestock living in the red zone,” said Limpo.

The Minister said that the Government has also established a task force and crisis center for handling PMK disease at the regency/city, provincial and national levels.

Syahrul said that his Ministry also ensured that animals from the red zone are isolated and are not allowed to leave the zone.

“No living animals can come out of their zone,” he said.

In a bid to anticipate the need for sacrificial animals for the upcoming Eid al-Adha, Limpo revealed that the Ministry had prepared approximately 1.7 million livestock from the green zone area or that are not infected with PMK.

“The supply and the whole process will be thoroughly observed by quarantine, before it leaves the zone until arrival, everything will be checked,” he remarked.

Citing from Ministry of Agriculture’s website, the Ministry together with East Java Provincial Government on Tuesday (06/14) began to carry out mass vaccination in an effort to control PMK. Mass vaccination has begun in Sidoarjo regency.

“Through this vaccination, we hope it can help prevent the spread of the disease, especially in dairy farming centers and breeding areas,” said Director General of Livestock and Animal Health of Ministry of Agriculture Nasrullah when launching a national mass vaccination.

Nasrullah said that in the first stage, the Government will provide 800,000 doses of vaccine and 2.2 million doses for the next stage.

“The distribution and implementation of the next stage of the vaccine are based on the commodity priorities, areas prone to PMK, livestock development goals, and other technical considerations, such as the availability of vaccines, vaccinators, as well as vaccine cold chain management,” Nasrullah said. (FID/PR of Ministry of Agriculture/UN) (EST/MMB)