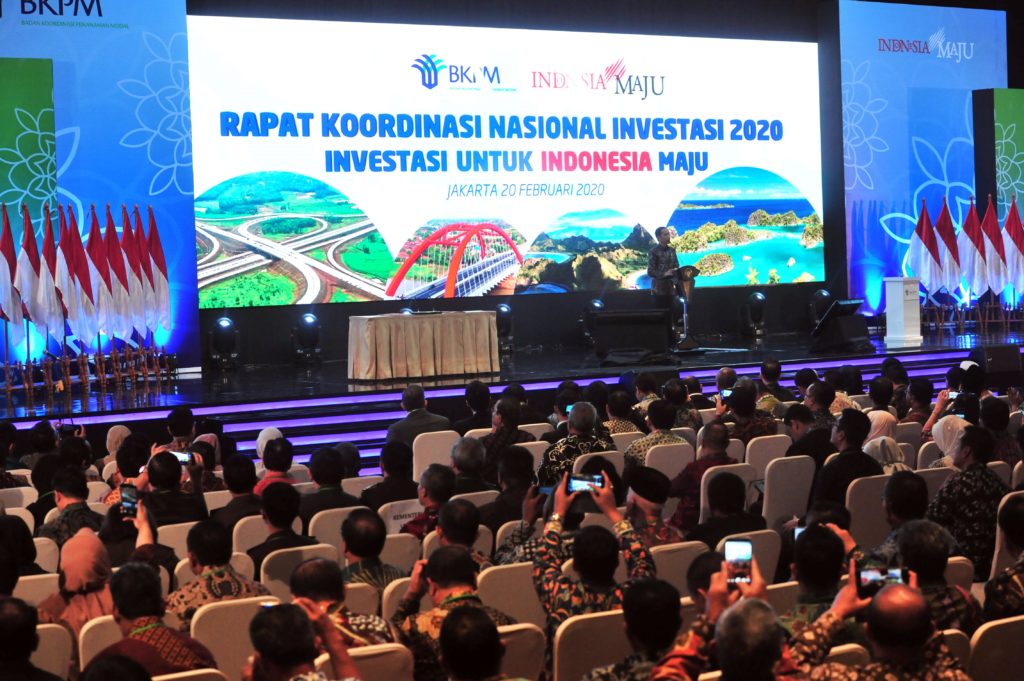 President Jokowi delivers his remarks at the opening of the 2020 National Coordination Meeting on Investment, at the Ritz-Carlton Hotel, Pacific Place, Jakarta, Thursday (20/2). (Photo by: Public Relations/Jay)

On the occasion, the President mentioned the competition between countries to raise their capital inflows due to the positive impacts those have on economic growth.

Indonesia’s State Budget, the President said, only contributed to 16% of the economic growth, while the addition of Regional Budget only made it 23%. Thus, he added, the rest 77% came from the private sector.

“The corporate world and the private sector hold important roles in opening employment opportunities and give influence over our GDP,” the President stated.

According to its GDP (nominal), President Jokowi said, Indonesia is ranked 15th among other countries. “Therefore, we are able to join the G20 countries. If we calculated from the GDP, our PPP-Purchasing Power Parity has already ranked 7th in the world,” he stated.

Based on calculation of the World Bank, IMF, McKinsey, and the National Development Planning Agency (Bappenas), the President said, Indonesia is expected to be the top 4 strongest economies in 2045.

“If we can maintain our economy like it is today, constantly,  moreover if we can increase our economic growth at 6 or 7, we can accelerate it. Do not wait until 2045, maybe by 2040,” he explained.

At the meeting, President Jokowi reminded the governors, regents, and mayors on the importance of money circulation on economic growth and people’s welfare. He urged them to spend or circulate their regional budgets to improve the economy. (FID/EN)