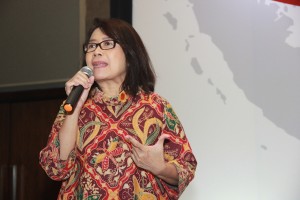 The Indonesian Government is committed to tackle human trafficking, Jaleswari Pramodhawardani from the Office of the Presidential Staff (KSP) said.

Jaleswari, who serves as Deputy V for Political Studies and Management of Legal, Defense, Security and Human Rights Issues at the Office, said that one of human trafficking issues currently faced by the Government is the problem of Indonesian citizens who are currently trapped in China due to mail order braid modus operandi. The victims are mostly come from West Kalimantan and West Java Provinces.

During a coordination meeting on Human Trafficking in Jakarta, Wednesday (17/7), Jaleswari raised several problems that have caused the human trafficking with mail order bride modus operandi, including rampant document falsification in the regions and economic problems faced by the victims which pushed them to working abroad in hopes of a better life.

She further explained that the issue of human trafficking is like an iceberg with the mail order bride case in China as only the tip of it.

For this reason, Jaleswari reminded that the handling of the human trafficking issue needs a thorough investigation from whole aspects including protection of victims, especially women and children.

She added that the tackling of human trafficking issue is stipulated in Law Number 21 of 2007 on Eradication of the Crime of Human Trafficking.

Jaleswari further emphasized that the Government will continue to oversee the process in an effort to tackle and to prevent human trafficking. (KSP/ES)