The Indonesian Government has announced several measures to provide safety and protection for Indonesian citizens abroad amid the ongoing COVID-19 outbreak.

Minister of Foreign Affairs Retno Marsudi on Friday (17/4) during a press statement through a video conference unveiled several points as follows:

First, as of 17 April the number of Indonesian crew members who have returned home has reached 10,009 people.

“As many as 57% of them have arrived home through Bali’s Ngurah Rai International Airport and the Benoa port in the island,” the Minister said.

The Minister also expressed appreciation to the Bali regional government and the COVID-19 Task Force at the central and regional levels for their joint coordination and cooperation. All Indonesian citizens, according to the Minister, must undergo health protocols, including quarantine upon arrival.

“We understand the burden on the Bali regional government. For this reason, Ministry of Foreign Affairs has communicated with the cruise ship operator to also assist the quarantine process in Bali,” she said.

Second, as of 16 April, as many as 61,743 Indonesians from neighboring Malaysia have returned home since the Malaysian Government implemented the Movement Control Order (MCO) with 45,165 people arriving the country by sea; 9,181 via land; and 7,397 via air transportation.

“We also discussed food assistance for Indonesian citizens who are most affected during the MCO implementation in Malaysia,” she said.

The Minister also said that as of 16 April, the number of staple food packages distributed by the Indonesian Representatives reached 80,776 packages per person with additional 40,447 packages from organizations/community donations, bringing a total of 121,223 Indonesian citizens receiving the packages.

Indonesian representatives in Malaysia, according to the Minister, will continue to distribute food assistance for Indonesian citizens during the MCO period, which will last until 28 April.

The repatriation, the Foreign Minister continued, was carried out by implementing strict health protocol standards including health testing for Indonesian citizens before leaving Saudi Arabia.

“Based on the examination by health workers at the airport, there are no Indonesian citizens who showed symptoms of COVID-19,” she added.

Fourth, the Indonesian Government continues to communicate with the Indian Government regarding the handling of Jama’ah Tablig members from Indonesia.

In the meantime, the Minister also unveiled several measures in the handling of Indonesian citizens in India. They are as follows:

First, the Indonesian Government continues to provide the best protection, including plans to repatriate the Jama’ah Tablig members from Indonesia;

Second, an evacuation plan is in place. However, the evacuation must be postponed because all Indonesian Jama’ah Tablig members in India are currently in quarantine. In addition, some others are in legal proceedings. The quarantine and legal process do not only apply to members from Indonesia but from all countries as well;

Third, the situation has become very complex due to allegations of violation of laws related to visas, epidemic provisions and disaster management;

Fifth, the Indonesian Government will continue to provide legal and consular assistance so all the rights of Indonesian citizens undergoing the legal process can be fulfilled. (Ministry of Foreign Affairs PR/EN) 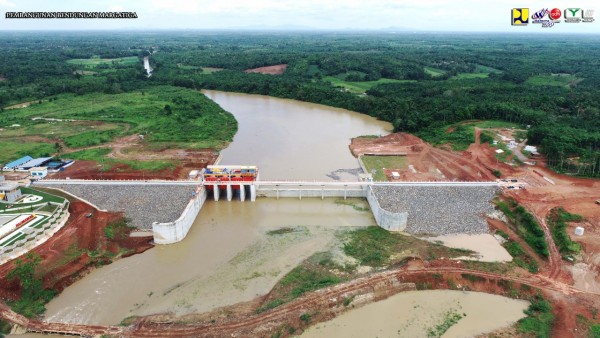