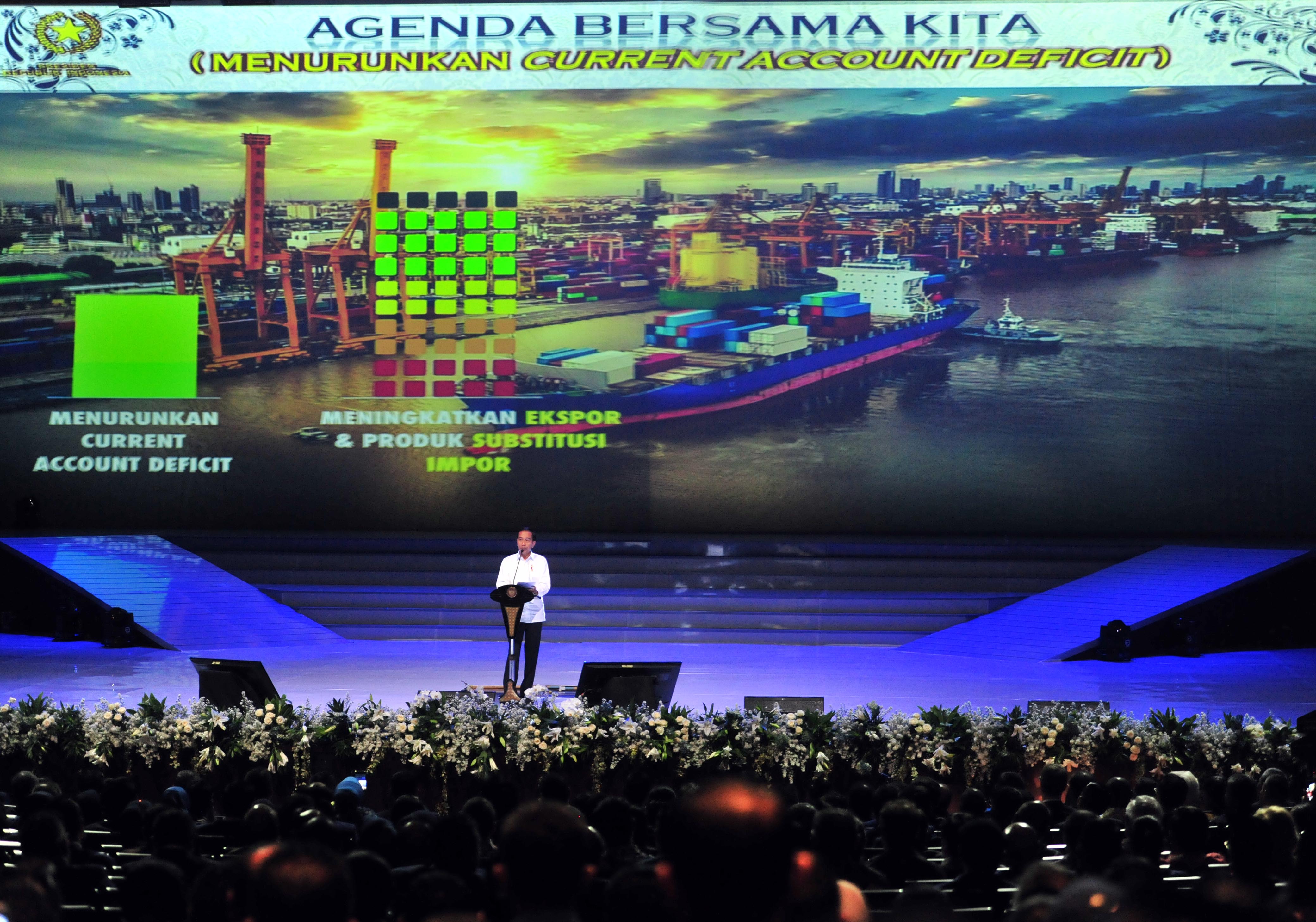 President Jokowi delivers his remarks during the 8th Anniversary of the Nasdem Party at the JI-Expo Convention Center and Theater, Kemayoran, Central Jakarta, Monday (11/11). Photo by: Jay/PR

“I have said to the Cabinet Ministers that we must pay close attention to import and export so that we can analyze the problems in detail,” President Jokowi said in his remarks during the 8th Anniversary of the Nasdem Party at the JI-Expo Convention Center and Theater, Kemayoran, Central Jakarta, Monday (11/11).

The President added that the problems will be resolved in the next 3-4 years if the right measures are carried out consistently. President Jokowi also said that oil imports must be reduced and domestic oil production must be increased, including by increasing production of B20, B30 and B100.

The President has also warned all relevant parties not to hamper the progress of reducing the current account and trade deficit.

On that occasion, President Jokowi also explained that the Government would issue an Omnibus Law to create employment and boost investment, replacing 70 Laws with one Law.

“This has never happened before in Indonesia but we will do this to accelerate our speed in decision making,” the President said.

In the meantime, President Jokowi also said that the Government coalition remains solid.

The President further said that the country needs big ideas to achieve prosperity and social justice for its people.