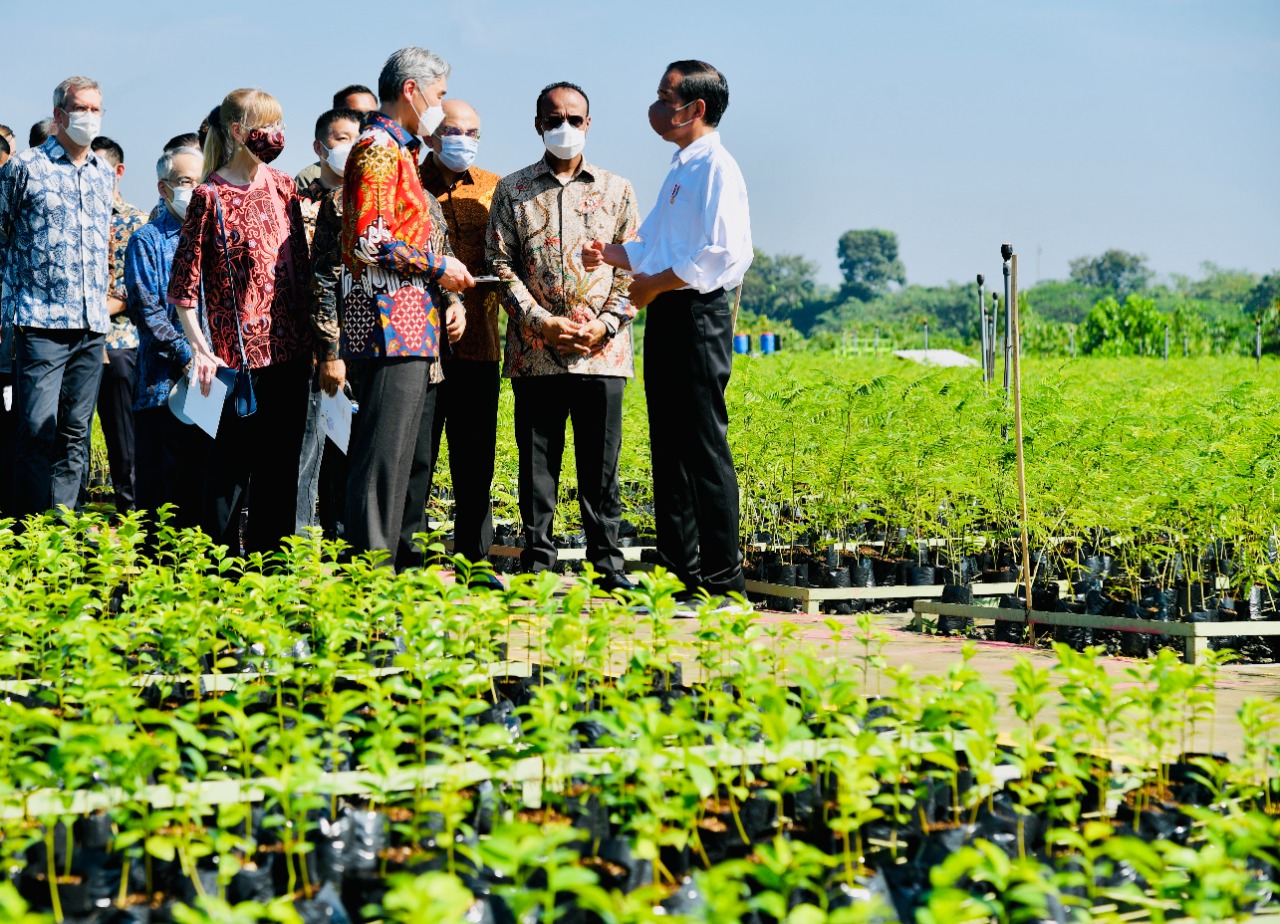 In a bid to deal with climate change, the Indonesian Government is committed to rehabilitate and build mangrove centers in several provinces, President Joko “Jokowi” Widodo has said.

“By the end of 2024, at least 600,000 hectares of mangrove areas must have been rehabilitated. Just as what we have done for peatlands. We have it in the provinces of Riau, North Sumatra, North Kalimantan,  East Kalimantan, and Bali,” the President said during the inauguration of the Rumpin Nursery and the launches of Mangrove Rehabilitation and World Mangrove Center at the Rumpin Nursery, Bogor regency, West Java province, Friday (06/10).

“It is started from the nursery, this kind of nursery will provide clear and concrete directions on where to make improvements. Because we believe that mangrove forests can reduce and absorb carbon four times more [effective] than typical forests, typical tropical forests,” the President said.

On the occasion, Minister of Environment and Forestry Siti Nurbaya Bakar stated that until 2022, the Government has rehabilitated  around 140,000 hectares of mangrove areas in the country.

In the massive efforts to rehabilitate the mangrove forests, the Minister stated that various elements, both domestic and abroad, have provided supports through cooperation with the Government.

“Japan has also started in the 90s and they will upgrade the one in Bali. The German one is in Balikpapan and in North Sumatra as well as few other provinces in Indonesia,” she said.

“In addition, the USAID has also provided its supports. Therefore, we can truly see that Indonesia indeed is the initiator of the UNEA resolution at the 4th UNEA Environment Convention last year. This year we have the 5th. We inititated the convention for mangrove handling and since then, many have wanted to cooperate,” she remarked. (RAH/UN) (FI/MMB)