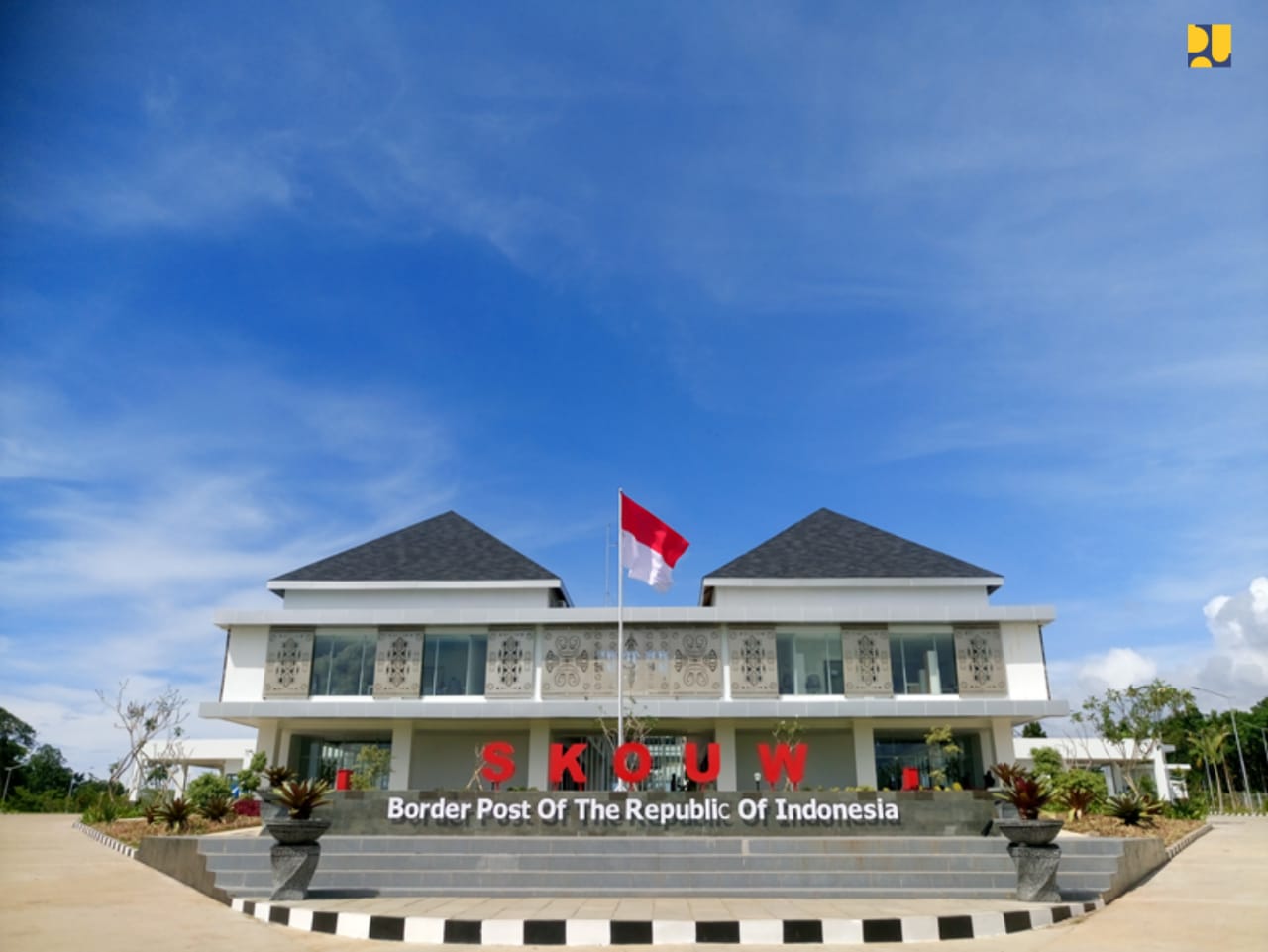 The Ministry also allocates some area for people’s business in order to support the Micro, Small, Medium-sized Enterprises and maintain people’s economy in the borders areas amid COVID-19 pandemic.

Based on the President’s instruction, since 2015 the Ministry has been constructing core zones of the cross-border posts which was followed by the construction of infrastructures and facilities of supporting zones such as market, rest area, food court, and supermarket in 2017 which aims to boost social and economic condition of the people.

The supporting zones are expected to bring concrete benefits to the economy of people living in that area and facilitate the MSMEs to promote their brands and products to its consumers.

“The development of the cross-border posts not only serves as an entry gate (to the state) but also as the center for the development of regional economy that can increase prosperity of those living in border areas,” Minister of Public Works and Public Housing Basuki Hadimuljono said.

For the record, the Ministry has built 24 stalls, a rest area, and food court in the supporting zone of Aruk Cross-border Post. The Ministry through Bina Marga Road Agency has also improved the quality of 29 km of roads along Jalan Simpang Tanjung and Aruk that serve as access roads to the Aruk Cross-border Post to support distribution of basic commodities and logistics.

In addition, the construction of supporting infrastructures in Aruk Cross-border Post such as building for quarantine, housing complex for staff, worship facility, supermarket, and parking lot has been completed at the second phase of the development that spent Rp210 million.

To date, the development of Aruk Tengah Cross-border Post enters the third phase that includes the construction of the Statue of Soekarno, housing complex for staff, incinerator building, X-ray building, and the arrangement of sub core zone landscape, as well as other supporting facilities. The supporting zone is built on a 3 hectares of land with a total budget of Rp117 billion.

As for Motaain Cross-border Post in East Nusa Tenggara, the construction of core zone or the first phase had completed in 2016. The Ministry is now constructing the supporting zone including market that can accommodate 150 stalls, the state guest house, housing complex for staff, rest area, parking lot, border security post of the Indonesian National Defense Forces (TNI), the Indonesian National Police (Polri) post, church, and sport ground.

Spending Rp229 billions,the project was begun in 2016 and completed in 2019. Currently, the construction of the supporting zone which is built on 8.8 hectare of land is underway, it includes the Statue of Soekarno, housing complex for staff, public toilets, and other facilities.

In a bid to smoothen the distribution of MSMEs products, as well as the distribution of logistics and basic commodities, the Ministry has improved the quality of roads at the borders of East Nusa Tenggara and Timor Leste spanning 180 km. The roads are also used by the people to transport their plantation products such as white paperbark, moringa oleifera, and cashew.

Acceleration in economic development in border area is also supported by the development of supporting zone of Skouw Cross-border Post. The construction which was begun in 2017 covers official residence for the staff, the state guest house, multipurpose building, mosque, church, rest area, ATM center, green space, and the TNI/Polri’s posts.

A market that can accommodate 304 stalls is also built in the supporting zone which consists of ‘wet market’, ’dry market’, and open stalls. The total budget for the construction of supporting facilities and infrastructures in Skouw Cross-border Post amounted to Rp246.5 billion for the second phase, and Rp129 billions for the third phase.

In order to improve the distribution of basic commodities and logistics in Papua’s border areas, the Ministry has also built Youtefa Bridge that can cut travel time from the City of Jayapura to Skouw border area spanning 46 km to 60 minutes. In addition, the distance from Skouw Cross-border post to Sentani Airport in Jayapura is cut to 82 km. (Ministry of Public Works and Public Housing/EN)