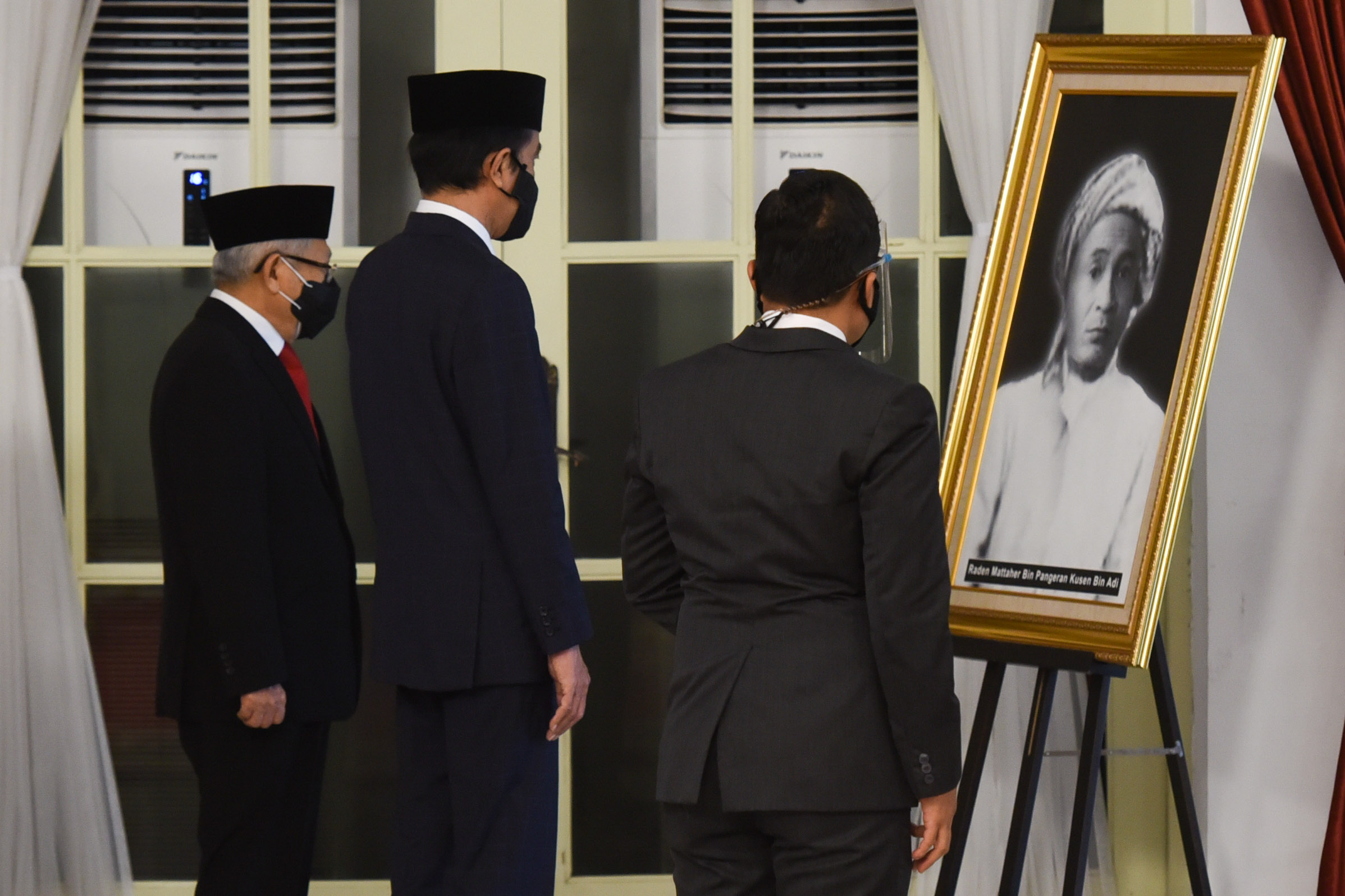 In commemoration of this year’s National Heroes Day, President Joko “Jokowi” Widodo, on Tuesday (10/11) at the State Palace, Jakarta, bestowed the titles of national hero on six figures.

The conferment of titles was stipulated in Presidential Decree Number 117/TK of 2020 on the Awarding of the National Hero Title dated 6 November 2020.

“To confer the titles of National Hero to them as an eminent honor and respect for the outstanding services, who during their lifetime led and carried out armed struggles, or political struggles or in other fields to achieve, seize, and defend, and give substance to independence as well as realizing national unity and integrity,” the Decree reads.

Among the six new national heroes are:

Sultan Baabullah strongly opposed Portuguese colonialism. He succeeded in expelling the Portuguese invaders, one of which was by sending expeditions to various areas such as Ambon and Buton. Under his leadership, Ternate could be free from the Portuguese and become a center for the spice trade with an international network.

Machmud Singgirei Rumagesan contributed greatly to the Indonesian nation by fighting against Dutch colonialism, especially in the struggle to bring back West Papua to Indonesia.

Raden Said Soekanto Tjokrodiatmodjo led the National Police from the very beginning of the Republic of Indonesia to 1959. He laid the foundations for a solid national police force during his leadership. On 14 February 2001, he was conferred the title of Father of the Indonesian Police by President Abdurrahman Wahid.

Arnold Mononutu actively involved in the national movements with a mission to fight for Indonesian independence.

Sutan Mohammad Amin Nasution fought for the spirit of nationalism among youth by initiating the fusion of various regional youth organizations (Jong Sumatranen Bond, Jong Java, Jong Ambon, Jong Batak, Jong Minahasa, and others). Together with Muhammad Yamin and other young leaders, he played an important role in the signing of the Youth Pledge on 28 October 1928.

Raden Mattaher is a talented, intelligent, and vigorous warlord. He managed to win all nine battles he led against the Dutch.

The titles were presented to their heirs in an official ceremony. The ceremony was held by implementing strict health protocols. (TGH/PR of Ministry of Social Affairs/UN)