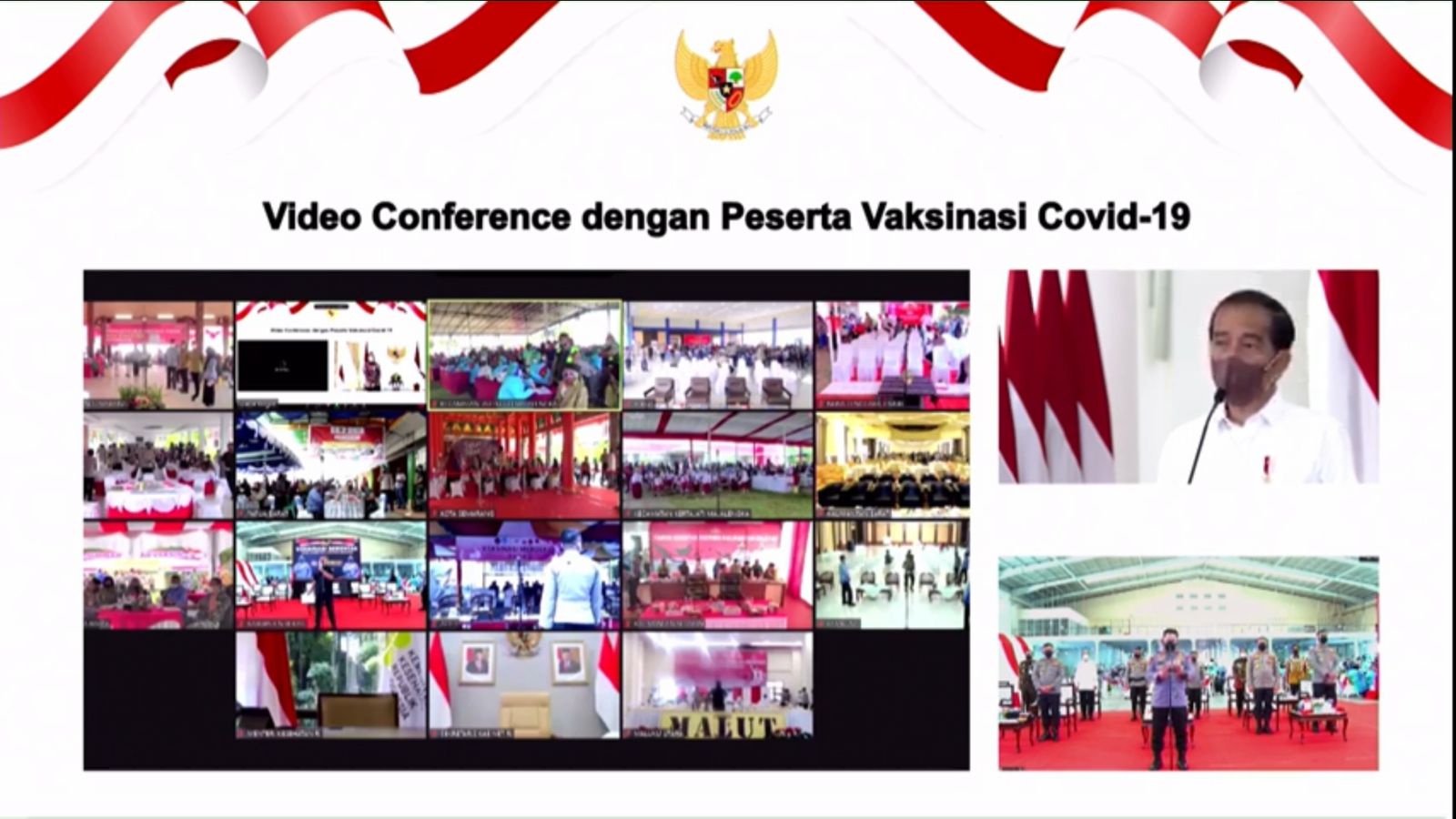 President Joko “Jokowi” Widodo has reiterated the importance of collaboration from everyone to speed up national COVID-19 primary and booster vaccination drive.

The President made the statement while inspecting and having a dialogue online with several simultaneous vaccination organizers in twelve provinces.

“Let us all speed up vaccination with Military District Commands, Precinct Police, District Attorney’s Offices,” the President said to Regent of Majalengka.

The President also made a similar statement in response to the report of Chief of West Papua Police.

“For West Papua province, everyone must be engaged, involve religious figures to give insight directly to the people. Once again, cooperate with regional governments, the Indonesian National Police (Polri), the Indonesian National Defense Forces (TNI), and Regional Leaders Communication Forum (Forkopimda). I suppose everything else is good, but we must continue to speed up vaccination to achieve the [target] percentage,” he said.

For the record, data from Ministry of Health showed that West Papua province has provided 58.16 percent of its population with the first dose and 38.64 percent with the second dose as of today (02/17) at 12:00 western Indonesia time.

“I order North Maluku province to speed up the first and the second vaccination, to be assisted with Military District Commands and Regional Police to mobilize [their troops] to smaller regions, so the [coverage] percentage can increase,” the President said while talking to the representative of vaccination organizers in the province.

On that occasion, the Head of State also expressed appreciation to regions with the highest vaccination coverage, including Semarang city in Central Java province that has exceeded 100 percent for primary vaccination and has administered 80 percent of senior citizens with the first and second shots.

“The percentage is above 100 percent, [the percentage of vaccination for] senior citizens is also above 80 percent. Thank you, it is a great achievement,” he said, while expressing appreciation to everyone for working hard to achieve the vaccination target that the Government has set to achieve herd immunity in tackling COVID-19 pandemic.

At the end of the dialogue, the President also urged the people to remain disciplined in observing health protocols.

In the meantime, Chief of the Polri General Listyo Sigit Prabowo stated that this simultaneous vaccination has been held since Wednesday (02/16) with a national target to administer 1,018,430 doses on the first day, including the first, second, and third doses.

According to Listyo, the vaccination today was held in 5,086 locations and aimed to inoculate 1,100,656 people, consisting of 836,045 people for primary vaccination and 264,611 people for booster vaccination.

The vaccination was carried out using vaccines from different producers, namely AstraZeneca, Pfizer, Moderna, Sinopharm, CoronaVac, Johnson & Johnson, and Sinovac, and involved health agencies, TNI, and the Polri as vaccinators.