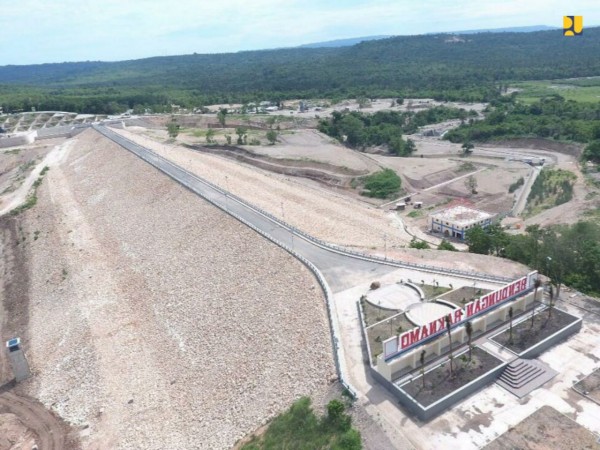 In a bid to boost productivity of agricultural centers Minister of Public Works and Public Housing Basuki Hadimuljono Friday (26/03/2021) said that the Government continues to build dams in various regions, followed with the development and management of irrigation networks.

According to the Minister, it is expected that the increasing agricultural productivity can also boost the economic recovery after the COVID-19 pandemic.

For the record, Ministry of Public Works and Public Housing (PUPR) have set the target of building 500 thousand hectares of irrigation and the rehabilitation of 2.5 million hectares of irrigation networks from 2020 to 2024 all over Indonesia to support national food security and water availability, one of which is carried out in West Nusa Tenggara province (NTB) and East Nusa Tenggara province (NTT).

In the fiscal year of 2020, agricultural infrastructure support was carried out in West Nusa Tenggara with a budget of Rp24,47 billion. The budget was used to rehabilitate four irrigation areas, namely Tanggik, Batujai, Jurang Batu, and Surabaya and also to build two irrigation areas with a budget of Rp108,41 billion namely Rababaka Complex covering an area of 381 hectares and Bintang Bano covering an area of 60,23 hectares.

Furthermore, the Government also built two irrigation networks with a budget of Rp297,45 billion, including 640 hectares of Rababaka Complex and 127 hectares of Bintaro Banu.

In addition, there was also the construction of an irrigation area in East Sumba regency with an area of 100 hectares amounts Rp32,25 billion. (PR of Public Works and Public Housing Ministry/UN) (AP/EP)