Gov’t Continues to Carry out Structural, Bureaucratic Reforms Amid Pandemic 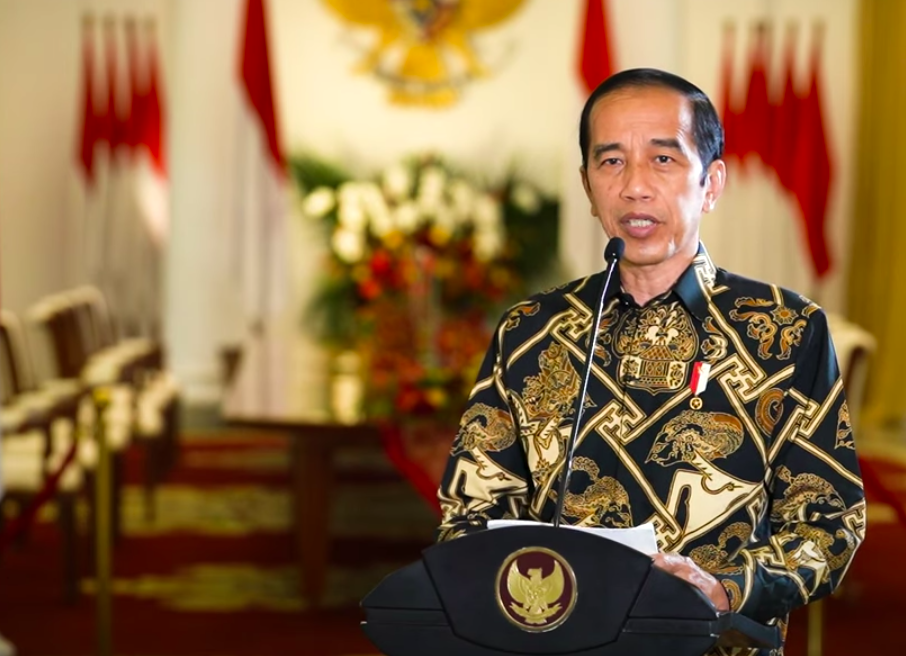 President Joko Widodo in his remarks (via video conference) at the commemoration of the 56th Anniversary of the Golkar Party, Saturday (24/10).

Indonesia’s position as the first rank on the Global Business Complexity Index in June reflects the complexity of regulations and bureaucracy micro, small and medium (MSM) entrepreneurs in the country are facing, President Joko “Jokowi” Widodo has said.

“This means regulations and bureaucracy in Indonesia are considered as the most complicated one in the world,” the President said in his remarks (via video conference) at the commemoration of the 56th Anniversary of the Golkar Party, Saturday (24/10).

Therefore, the President continued, the Government has decided to carry out structural reforms regardless of the COVID-19 pandemic. “When most of developed countries saw a setback, this is the time for Indonesia to make leaps of progress,” he said.

The Head of State also pointed out that the spirit of this leap of progress is reflected in various government policies, including the Job Creation Law aimed to encourage MSMEs and labor-intensive industries to develop rapidly.

“We replace business licenses with a mere registration for MSMEs, we make it easy for people who want to establish a limited liability company with no minimum capital, also cooperatives can be established with only nine people, MSMEs halal certification free of charge financed by the State Budget, and others,” President Jokowi said.

Furthermore, the President expressed belief that 2021 will become a year full of opportunities and a year of global and national economic recovery. Thus, that is the right time to develop a business and create more employment.

“The COVID-19 pandemic indeed hit us hard but it also opens up opportunities if we can move faster and work more efficiently than other countries,” he said. (UN)