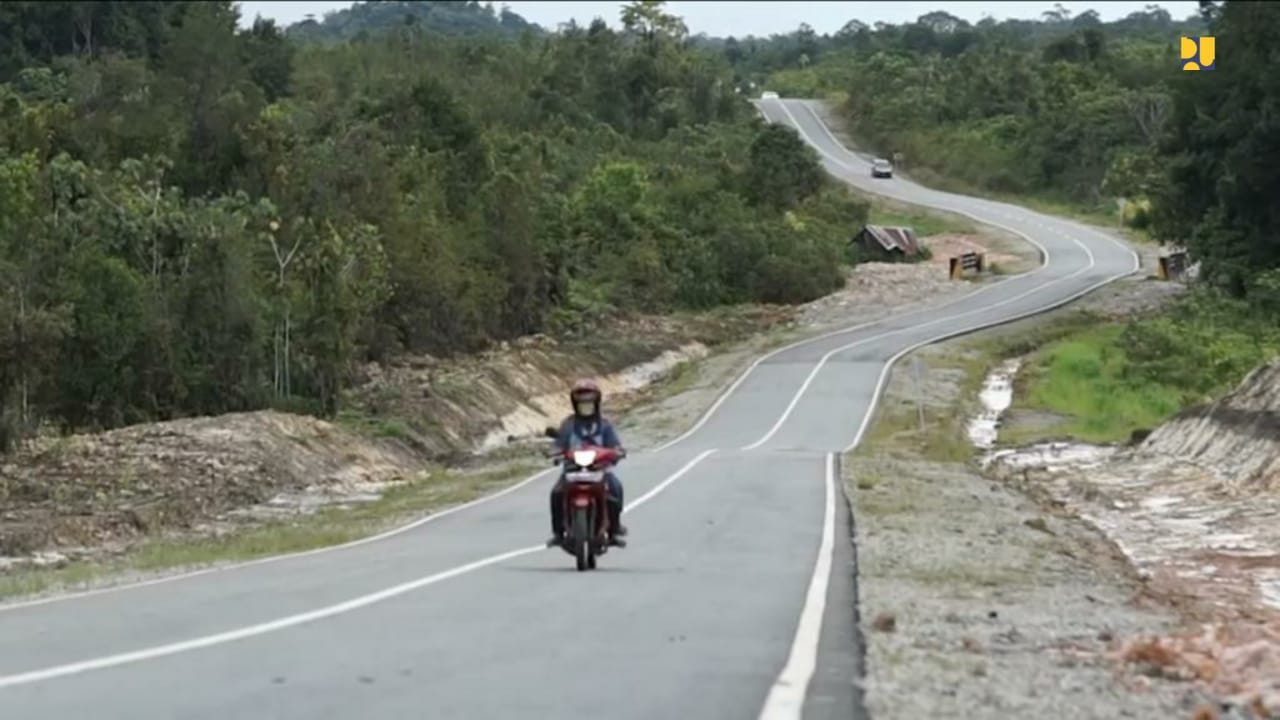 In a bid to develop Indonesia from border areas, Ministry of Public Works and Public Housing renewed its commitment to develop road and bridge infrastructure in borders of Kalimantan, Papua, and East Nusa Tenggara.

“Road network in border areas is a strategic infrastructure for the Unitary State of the Republic of Indonesia which serves to maintain the state’s defense and security, and to support new centers for economic growth in the borders,” Minister of Public Works and Public Housing Basuki Hadimuljono said on Wednesday (7/0).

The Ministry has gradually constructed parallel roads at the borders of Malaysia and Indonesia with a length of 1,910.11 km that cross three provinces; namely West Kalimantan, East Kalimantan, and North Kalimantan.

In addition, the construction of 179.99 km of road at the borders of East Nusa Tenggara and Timor-Leste has fully completed. The route, also known as the Eastern Red Belt, stretches from Belu Regency to Malaka Regency in East Nusa Tenggara province.

The development of border roads and its access in Kalimantan, East Nusa Tenggara, and Papua is expected to open access to isolated areas which will help the people living in border areas. In addition, people can have better access to logistics at a lower price that will reduce interregional gap. Once people’s connectivity increases, there will be new routes to transport logistics which will support new centers for economic growth. (Ministry of Public Works and Public Housing/UN)