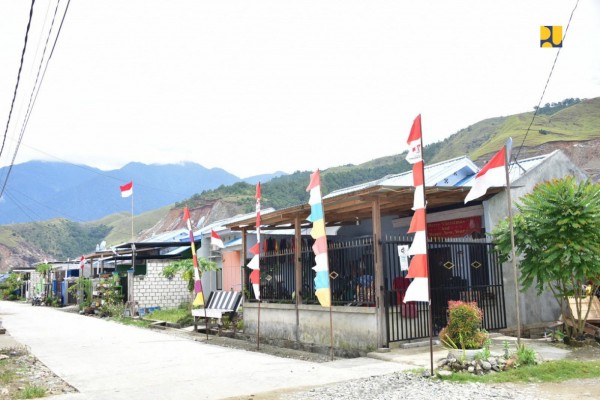 Photo by: PR of Ministry of Public Works and Public Housing

The assistance is used for the neighborhood road construction of 395 subsidized housing units in Jayapura Regency, Jayapura City, and Merauke Regency.

The assistance is part of the Government’s commitment to improving the quality of housing, especially for low-income people. In 2021, the Ministry has set the target to distribute 25,000 units of assistance.

Minister of PUPR Basuki Hadimuljono said that the PSU assistance was a stimulant for housing developers to build houses for low-income people in order to achieve the target of One Million Houses Program.

“This program is a tangible form of the Government’s commitment in fulfilling housing needs for all levels of society, especially affordable, livable, and quality houses for low-income people,” the Minister said, as quoted from the Ministry’s website on Wednesday (01/09).

In detail, the distribution of the assistance is as follow:

– 235 units for Rollo Green Diamond Residence in Jayapura City, and

Head of the Implementation Center for Papua I Housing Provision of the Ministry Faisal Soedarno said that the assistance was distributed so that people living in subsidized houses felt comfortable.

“This assistance is expected to encourage the spirit of developers to build more subsidized houses for the community and encourage the success of the One Million Houses Program,” said Faisal.

In addition to the construction of neighborhood roads, the assistance could also cover the provision of a clean water network and integrated garbage dumps. (PR of Ministry of Public Works and Public Housing/UN) (FI/MMB)