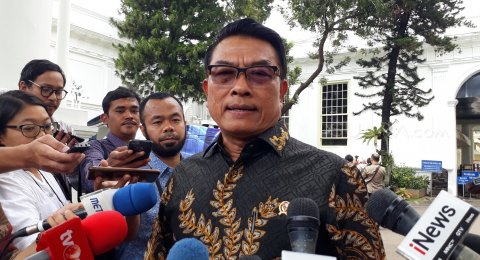 President Joko “Jokowi” Widodo called on all parties to respond to riots that broke out in Wamena, Papua with professional and appropriate measures.

“Do not try to put down the riots with force which allowed security officers taking uncontrolled measures,” Presidential Chief of Staff Moeldoko told reporters after attending a closed-door meeting with President Jokowi, at the Merdeka Palace, Jakarta, Monday (23/9).

“All layers of society are requested to calm down. Do not make the situation worse. The security officers must control the situation without taking extreme measures because security is our top priority,” he said.

On that occasion, Moeldoko asserted that the Chief of Polri has denied information that the protest occurred due to alleged racist comments by a teacher to a student in Wamena.

“We have investigated the school and we can confirm that there was no such racist statement. In this situation, do not be easily provoked. I already conveyed the same message to security officers assigned in that region,” the Moeldoko firmly said. (FID/OJI/ES)