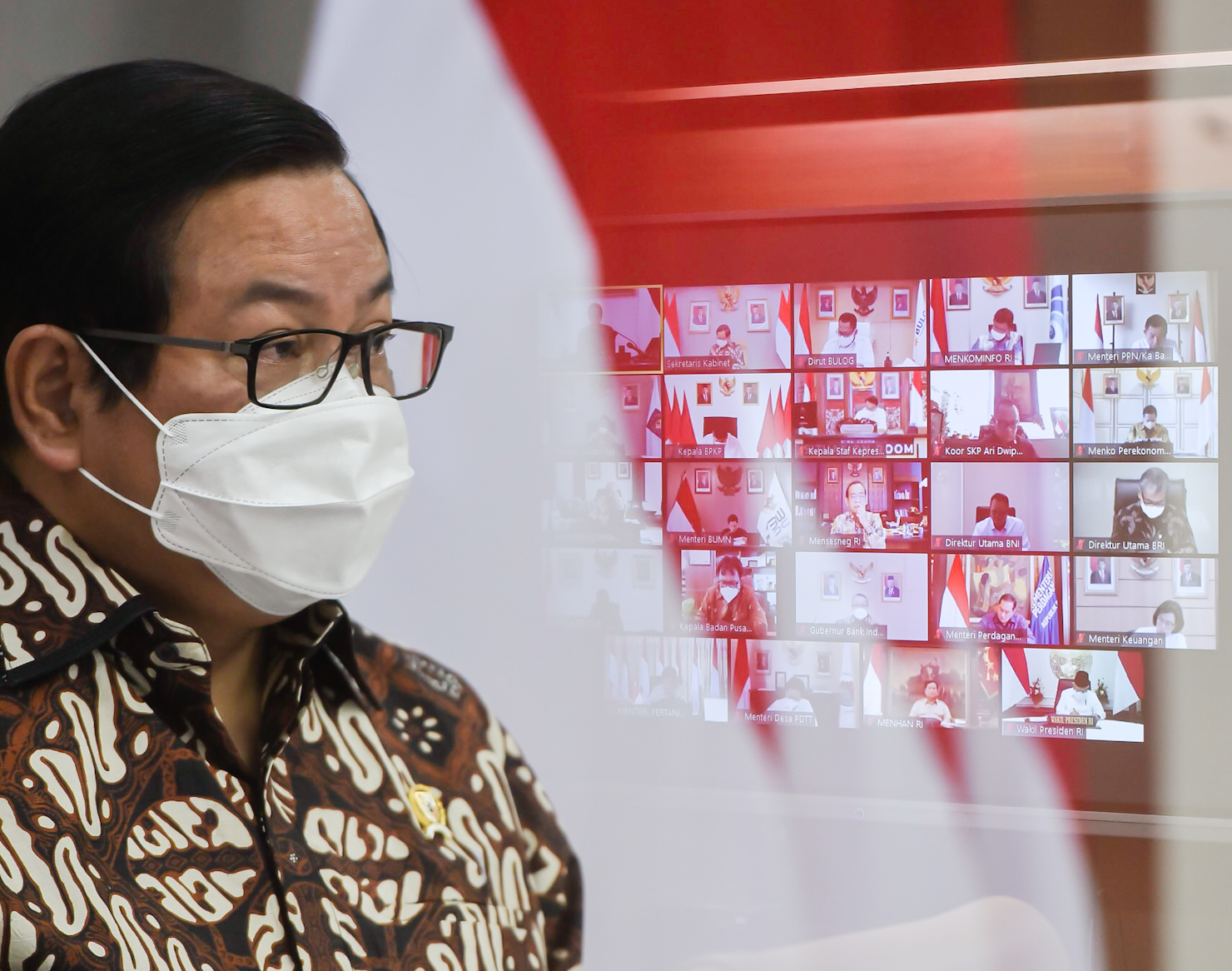 The Indonesian Government has called for cluster-based KUR (smallholder business credit) distribution in the agricultural sector.

“The Government encourages the creation of cluster-based KUR, such as KUR of rice cluster, KUR of corn cluster,” Coordinating Minister for Economic Affairs Airlangga Hartarto said in a press conference after a limited meeting on agricultural KUR loans, Monday (26/07).

In addition, Airlangga said, President Joko “Jokowi” Widodo also ordered the development of agricultural commodities to be continuously explored not only in terms of financing, but also in terms of demand, purchase, and production of farmers. The President also ordered for it to be assigned to a body similar to the State Logistics Agency (Bulog).

During the meeting, the President also stated that the distribution of this special KUR should continue to be integrated. “Distributing institutions, especially for this particular KUR, it must continue to be integrated. In particular, the President gave his directives to state-owned banks BNI, BRI, especially banks of himbara [association of state-owned banks],” said Airlangga.

Furthermore, the Coordinating Minister ensures that the cluster-based KUR can be used by farmers for various purposes from upstream to downstream, such as for fertilizers, purchasing agricultural equipment, rice milling units, or off-takers. In addition, through KUR, farmers can collaborate with digital applications.

“So, starting from the supply, offtake, technology, to partnerships, all of them can be paid through KUR,” he said.

In addition, Airlangga said, this cluster-based KUR can also be given simultaneously to recipients of other credits.

“Housing mortgage, leasing of motor vehicle for productive purposes, credit with a guarantee of a retirement decree, credit card, warehouse receipt or consumption credit for households. So, actually a lot of relaxation has been given for the implementation of the KUR,” he remarked. (TGH/UN) (FI/LW)