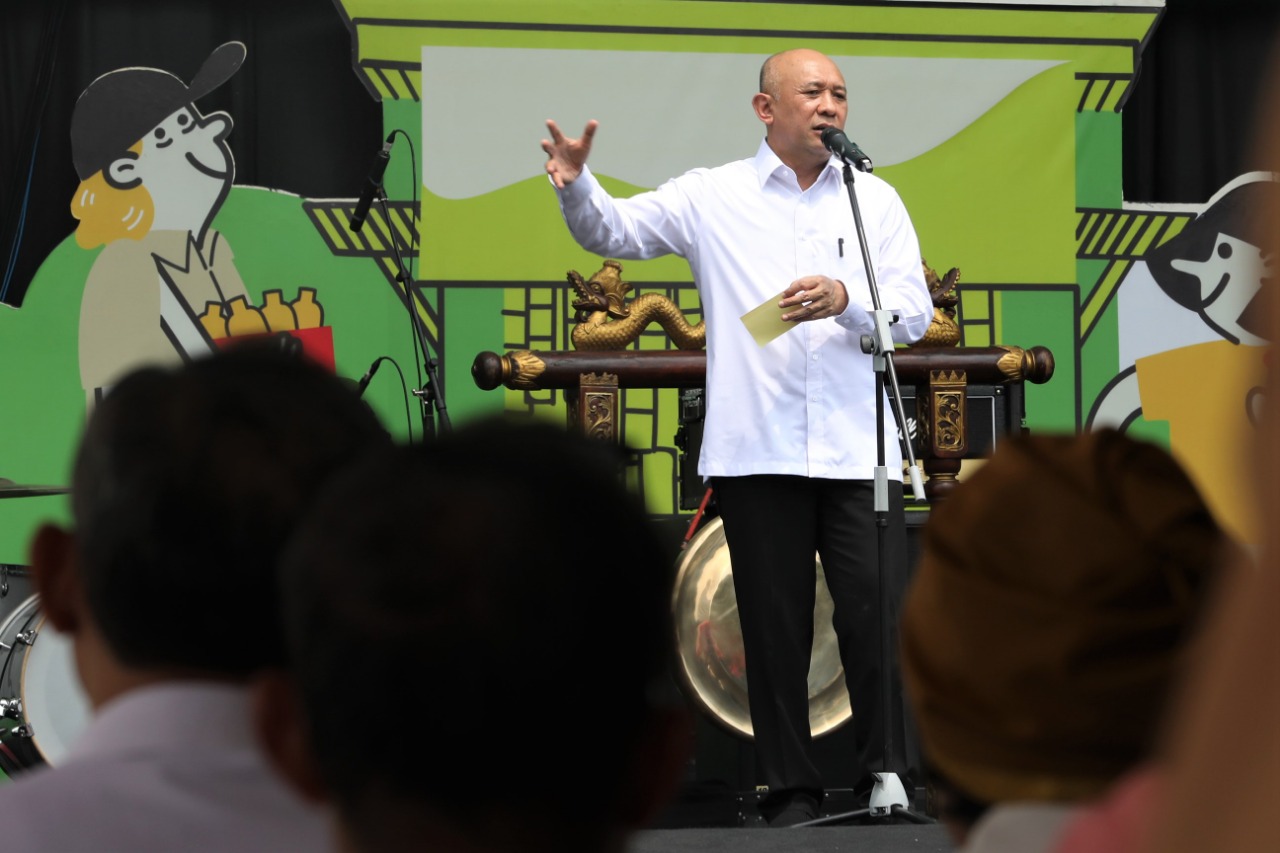 Traditional stalls should create innovation in order to compete with modern retailers, Minister of Cooperatives and SMEs Teten Masduki has said.

According to him, traditional stalls have several advantages compared to modern retails, such as 24-hours service or selling MSMEs products.

“Those advantages should be encouraged to help them survive,” said Teten during the Launching of 10,000 Traditional Stalls initiated by Sahabat Usaha Rakyat (SAHARA)—an entrepreneur community— and Indonesia Women Entrepreneurs (INKOWAPI), in Jakarta, Saturday (12/14).

However, Teten continued, most of them are out of business because they are not able to compete with modern retailers. Therefore, he encouraged ttraditional stalls to adapt in the industrial revolution 4.0 era by digitalizing their business.

“If they can resolve the challenges, they may develop their business and increase their income,” Teten said.

He further said that the country’s economic structure would become unhealthy if micro-level businesses continue to remain at the lowest level. “There should be traditional stalls that move up to small and medium level businesses,” he said.

“The stalls are expected to become food distribution network from the State Logistics Agency (Bulog) so that the inflation of staples remains stable,” Teten added.

The Government, he continued, is alsop committed to resolving financing issues that have long been an obstacle for MSMEs by preparing several financing schemes at each level, such as the Prosperous Family Economic Development (Mekaar) program and Micro Capital Service Unit (ULaMM) by State-owned microfinancing firm Permodalan Nasional Madani (PNM), State Investment Unit (PIP), and the Ultra-micro financing (UMi).

“In addition, there is also the 2020 People’s Business Credit (KUR) with six percent interest and lowest ceiling without collateral at Rp50 million. Moreover, there are also Special Public Service Agency (BLU) with a total fund of Rp30 trillion at several ministries, including Revolving Fund Management Institution (LPDB) in Ministry of Cooperatives and MSMEs, that will assist the micro-businesses,” he said.

On that occasion, the Minister also said that his Ministry will assist the SMEs through applications. “Today, most e-commerce companies have mobile application that allows traditional stalls to have material supplies directly from factories so that the price can be more competitive,” Teten added.

Previously, CEO of SAHARA Farah Savira said that the launching of 10,000 traditional stalls is expected to strengthen stalls networking in the Greater Jakarta Area and several cities in Java Island.

“The development of SAHARA community is quite significant. We have fostered up to 10,000 traditional stalls so far,” she said. (EN / Public Relations Kemenkop & UKM / ES)