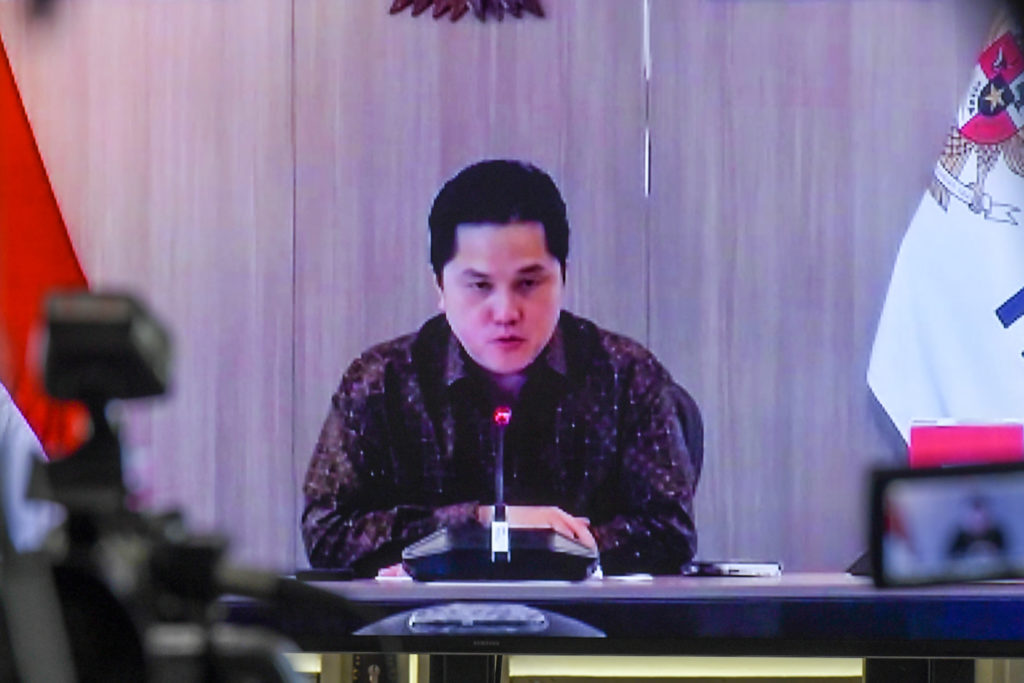 The Government has announced it will ensure fulfillment of COVID-19 vaccine for domestic needs comprising vaccine assistance from the Government and an independent vaccine program.

“The vaccine derives from the Government assistance and an independent vaccine program. Those who can afford it must buy the vaccine themselves. This is also a priority in the next few months for vaccination,” said Minister of State-Owned Enterprises Erick Thohir, Monday (14/9).

Apart from embarking on cooperation with drug developers including AstraZeneca, Chinese drug manufacturer CanSino, and Pfizer, Erick said the Government has also continued to work with Coalition for Epidemic Preparedness Innovation (CEPI) and GAVI (Global Alliance for Vaccines and Immunization).

“The Government will conduct a study whether non-tenured workers will also be given assistance given that a small proportion of them have already received assistance through existing data in BPJS Ketenagakerjaan (Workers Social Security Provider Body),” he said.

To that end, Airlangga stressed that the program would be geared toward all non-tenured workers; yet the details are still being prepared.

“The President has ordered that the pre-employment card be discussed with Ministry of Finance given that a large number of informal workers have been affected,” he said. (TGH/EN)