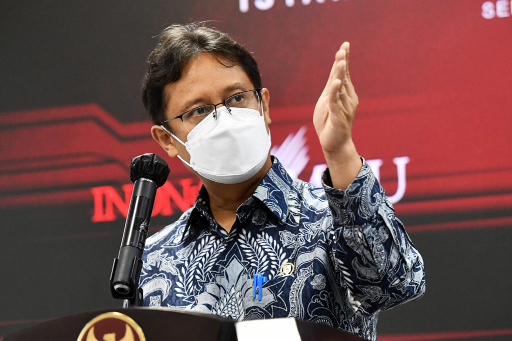 The Government has announced that it will continue to ensure the implementation of health protocols to prevent a surge in COVID-19 cases during the upcoming Christmas and New Year holidays, according to Minister of Health Budi Gunadi Sadikin.

“The implementation of health protocols is important despite a drop in COVID-19 cases in the country. We want to ensure that the health protocols can be well implemented to prevent another spike in cases, especially during Christmas and New Year holidays,” Budi said after attending a virtual limited meeting on the evaluation of public activity restrictions (PPKM), Monday (01/11).

The Minister went on to say that President Joko “Jokowi” Widodo has also given directives to his Cabinet to prepare anticipatory measures ahead of this year’s Christmas and New Year holidays.

“The President ordered Coordinating Minister for Human Development and Culture last week, as the coordinator, to ensure there will be no further surge in confirmed cases during this year’s Christmas and New Year holidays,” he said.

According to Budi, maintaining the low number of COVID-19 cases is pivotal because Indonesia will host various international events in the upcoming year.

“We are striving to maintain the drop in cases since there will be many big international scale events in Bali, such as the Conference of the Parties (COP), the G20 Summit, and other events,” Budi said.

To that end, he added, the Government plans to conduct a pilot project for the implementation of international conferences this year, including a conference on health, badminton tournaments, and G20 meeting.

“We will see what needs to be improved in the pilot project so the international conferences and health protocol procedures will be much more prepared next year,” he added.

“The data shows that a number of schools have been affected. There were confirmed cases, but the number was relatively small at above five percent. We also reported the positivity rate in schools to Ministry of Education and Culture,” he stated.

The Minister also revealed that there will be a system implemented so that COVID-19 handling task force in schools can see information in more detail related to school members who have been confirmed to be infected.

“We also provide access to the regency/city level so Head of the Education Office, Head of the Health Office, and Regents/Mayors can see the surveillance results at their schools on a daily basis, as well as the provincial level to the national level,” he explained.

Through the measures, it is expected that immediate action can be taken once COVID-19 cases are detected in the education unit.

“If there are early spikes in cases at a certain class, we can just close the class. If it also spreads to the school, we will close the school for 14 days. However, other schools can still run. And after 14 days, the school can resume in-person learning with improved health protocols,” Budi said.

On that occasion, the Minister expressed hope that limited in-person learning can continue and the spread of COVID-19 can be controlled.

“That way, we will be able to control the pandemic; yet still carry on with our normal activities because in-person learning is very important,” he remarked. (FID/UN) (RIF/MUR)