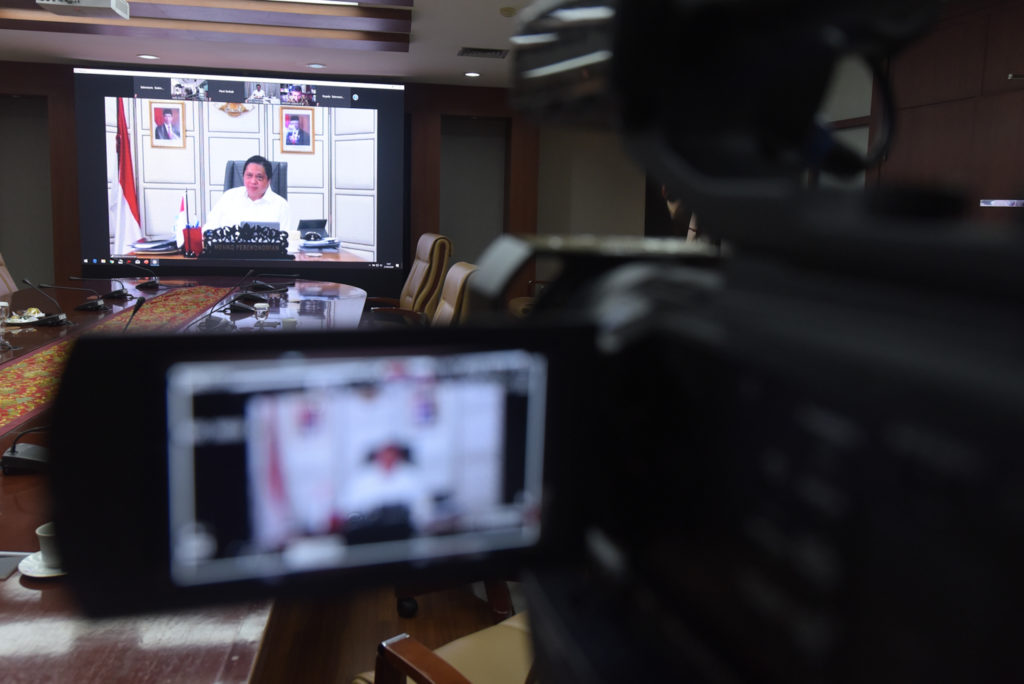 Coordinating Minister for Economic Affairs delivers a press statement after a limited meeting, through a video conference on Tuesday (21/4). (Photo by: Agung/PR).

“Other commodities such as corn and shallots are also available,” the Minister said during a press statement after a limited meeting through a video conference, Tuesday (21/4).

According to Airlangga, the Government has given the green light to import garlic and sugar in sufficient quantities ahead of Eid Day, adding that prices of a number of commodities also remain stable.