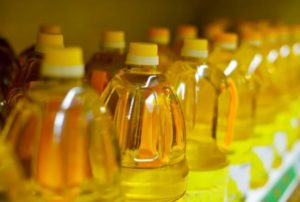 The Government is committed to ensuring that cooking oil stocks remain available nationwide at affordable prices, Minister of Trade Muhammad Lutfi has said.

“The Government will ensure that cooking oil stocks remain available at affordable prices. The people can get it in all retail places, both modern and traditional markets,” said Lutfi in Jakarta, Wednesday (01/05).

Lutfi went on to say that the distribution of simple packaged cooking oil at a price of Rp14,000 per liter has been made through modern retail during Christmas and New Year period and will be expanded through traditional markets.

“The Government will use the BPDP scheme for food needs, especially in order to stabilize cooking oil prices,” he said.

In addition, Ministry of Trade has also coordinated with producers and distributors as well as regional governments to continue ensuring the availability of cooking oil in traditional markets to avoid shortage of the commodity.

“We also ask regional governments, especially the office in charge of trade, to carry out market operations for cooking oil in their respective areas, so that the benefits can be felt by the people,” he said.

Lutfi stated that during this pandemic, the Ministry made various efforts to ensure that prices for staple foods remained stable.

“Food price stability is a serious concern for the Government, not only cooking oil but also other basic necessities. Price stability is a mandate from the President which we execute seriously so that people can enjoy them at reasonable prices,” he said.