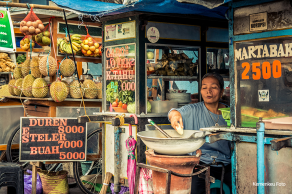 Deputy Minister of Finance Suahasil Nazara on the event expressed his believe that Micro, Small, and Medium Enterprises will become one of the sectors that play an important role in economic recovery in the future.

“We can make micro-enterprises formal by putting them in banking context and giving them empowerment, so their businesses can scale-up faster,” Suahasil remarked.

The Deputy Minister further said that the Government will regularly monitor the development of micro and small businesses that receive banking services. This is in line with President Joko “Jokowi” Widodo’s directive to make at least 30 percent portion of funding for MSME loans in 2024.

The establishment of ultra-micro holding is expected to promote stability in Indonesia’s financial system. During difficult times, in particular, the holding and its ultramicro businesses can become one of the pillars of financial system stability.

BRI, Pegadaian, and PNM continue to synergize to ensure that the integration process can be carried out according to the plan and timeline so it does not interfere with existing financial and empowerment services. The three entities have well synergized in the implementation of the colocation initiative or the use of a shared network in 58 BRI offices with a target of 100 colocation work units by 2021. The colocation initiative utilizes BRI network to be used by Pegadaian and PNM in form of ultra micro service centers. (Ministry of Finance PR/UN) (GWH/MMB)