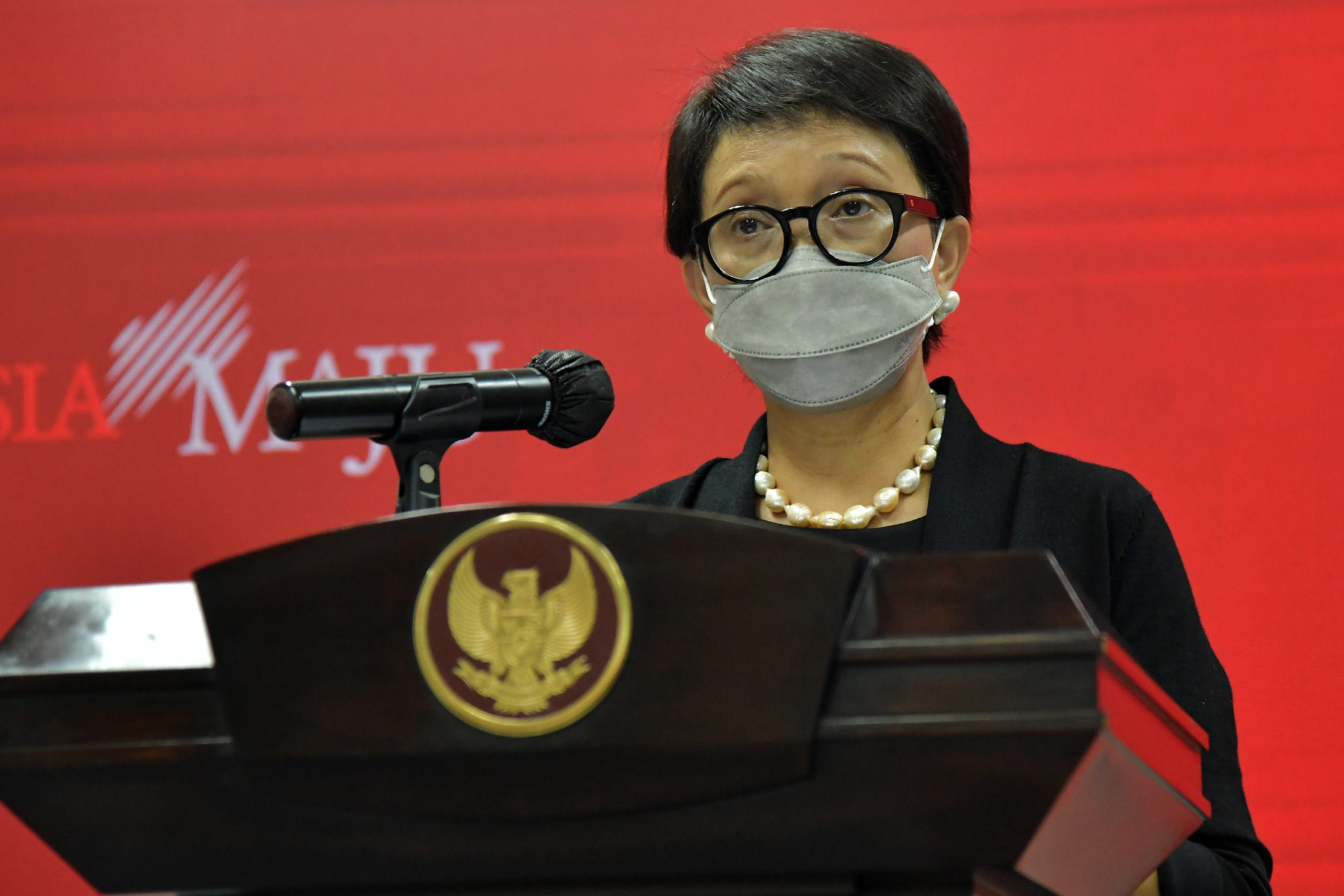 Minister of Foreign Affairs Retno L.P. Marsudi has stated that 99 Indonesian citizens (WNI) had been gradually evacuated from Ukraine.

“Including five foreign citizens who are family members of our WNI. The 99 evacuees include five WNI who evacuated independently,” Retno stated in her written press statement, Tuesday (03/01).

Furthermore, 6 WNI (two adult females, three children, and an infant) and one foreign citizen (spouse of a WNI) have also been successfully evacuated from Lviv to a safe house in Rzeszow, Poland on February 27, 2022. Evacuation team of the Indonesian Embassy in Warsaw departed from Rzeszow at 07:30 local time and arrived with the evacuees around 20:45 local time.

In addition, four WNI (two adult males and two children) and two foreign citizens (spouses of the WNI) were picked up by the evacuation team from McD Ternopil, Lviv, Ukraine to a safe house in Rzeszow, Poland and arrived on February 28, 2022 at 19:40 local time.

Evacuation was also carried out on 59 WNI and one foreign citizen from Kiev to Moldova and they are currently on their way to Romania.

The Minister added that the evacuation from Kiev was slated to be carried out on February 27, 2022, by passing through Lviv to Poland. However, the evacuation had to be rearranged due to the local curfew policy and several road infrastructure obstacles caused by the war.

“I myself was directly involved in rearranging the safe route for evacuees from Kiev. Thank God, the evacuation was finally carried out on February 28 by taking the southern route via Vinnytsia or Moldova to Bucharest, Romania,” Retno said, adding that all evacuated WNI are in two safe houses in Bucharest, Romania and Rzeszow, Poland.

Nevertheless, there are still four WNI in Kharkiv and nine WNI in Chernihiv, both cities located in northern Ukraine, and cannot be evacuated immediately as the ground war is still going on.

“The Indonesian Embassy in Kiev and Moscow are in touch with them. We received information that they are in good health and had adequate logistics supplies. The Government is still waiting for the right moment to be able to evacuate them,” the Minister said.

Meanwhile, 24 WNI chose to stay in Ukraine for family reasons, since they are married to Ukrainian citizens, Retno added.

In the effort to evacuate the WNI, the Minister continued, Ministry of Foreign Affairs had coordinated externally, including with the authorities of Ukraine, Russia, and the International Committee of the Red Cross (ICRC) as well as internally with the Strategic Intelligence Agency (BAIS), the State Intelligence Agency (BIN), and other relevant ministries/institutions. In addition, the Indonesian Embassy in Kiev, Warsaw, Bucharest, and Moscow are also continuously on standby to support the evacuation.

“The safety of the WNI is indeed our priority,” Retno remarked. (Ministry of Foreign Affairs PR/UN) (GWH/MUR)