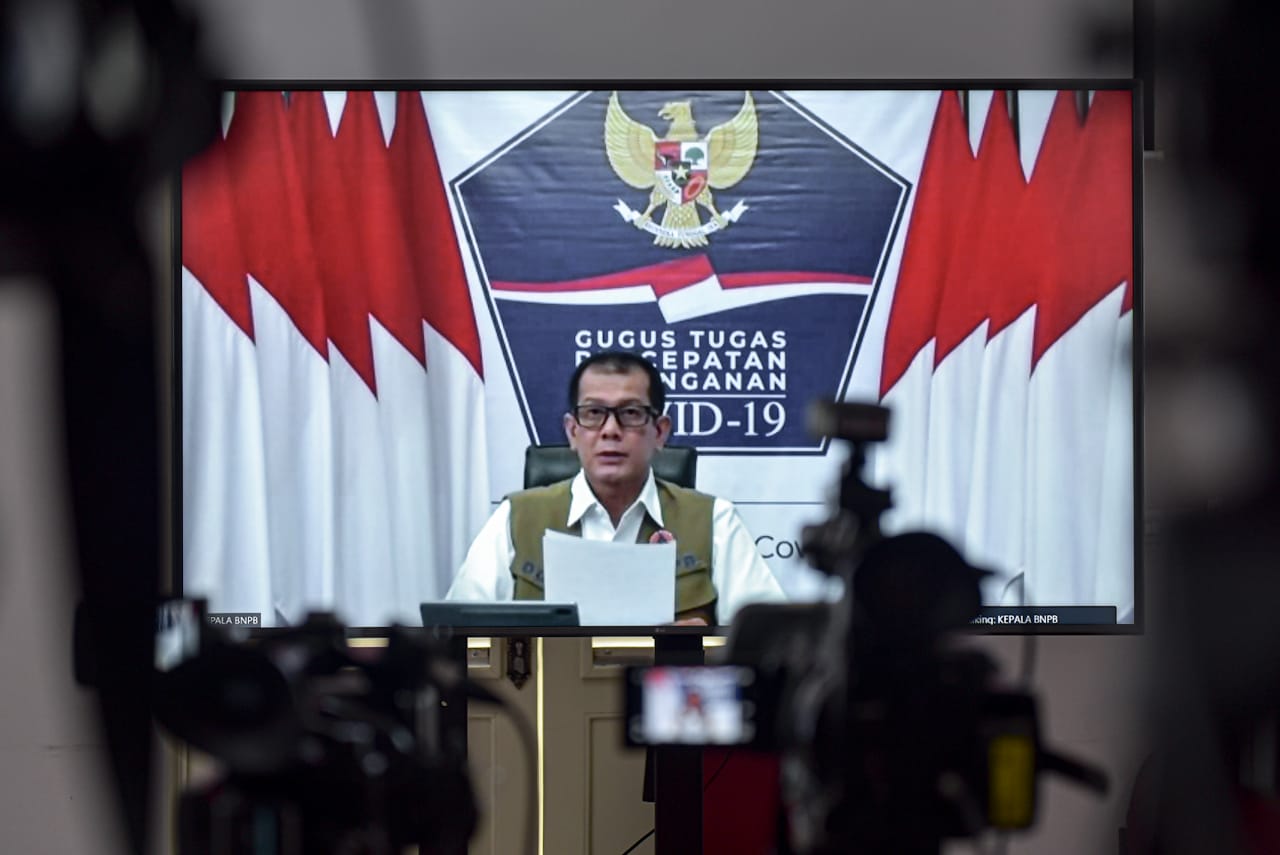 The Government has announced the result of the implementation of large-scale social restriction (PSBB).

“We are announcing the evaluation of the PSBB so that each region can get the pluses and minuses of the PSBB implementation in order to make improvements,” Head of the National Disaster Mitigation Agency (BNPB) Doni Monardo said in his press statement, Tuesday (12/5).

Doni added that East Java Governor had asked for the assistance from the Central Government to increase the number of isolation rooms as an anticipatory measure to the rising number of new confirmed cases in the province.

On that occasion, Doni pointed out that Central Java administration also reported that it would continue carrying out contact-tracing on a cluster of attendees of a mass Islamic event in Gowa (in South Sulawesi) that reached 1,118 residents.

“Central Java Governor also reported to the President regarding 142 students from Central Java in Sudan who asked for the Government’s assistance so that they could survive amid the COVID-19 outbreak,” explained Doni.

In the meantime, Doni said that Yogyakarta Special Region administration reported to the President regarding the ban on mudik (annual exodus ahead of Eid Day).

“For travelers who return to Yogyakarta after the Government issued the ban on mudik, Yogyakarta Special Region administration will repatriate the travelers from Yogyakarta area,” Doni stated.

The President, Doni continued, has also emphasized that the Central Government would not urge the PSBB implementation in the regions.

For West Sumatra administration, he added, one of referral hospitals recorded that there are 46 in-patients of a total capacity of 112 beds at Dr. M. Djamil General Hospital.

Doni further said that President Jokowi appreciated all Governors who had worked hard to reduce the number of new positive cases in respective regions, including in increasing the number of recovered patients and reducing the mortality rate.

The President, Doni added, also reminded both the provinces implementing the PSBB and those that do not implement the PSBB to ensure compliance with health protocols, to continue physical distance campaign, and to continue the campaign to wearing face masks and to washing hand.

Doni also said that the President emphasized massive testing, aggressive tracing, and strict isolation, which means that people who teste positive and persons under monitoring (ODP) should not carry out activities outside the house, adding that the President said that the dynamics after Eid Day will depend on improvements in all regions.

“It is all about our discipline to comply with health protocols in the past two weeks,” Doni said. (MAY / EN)