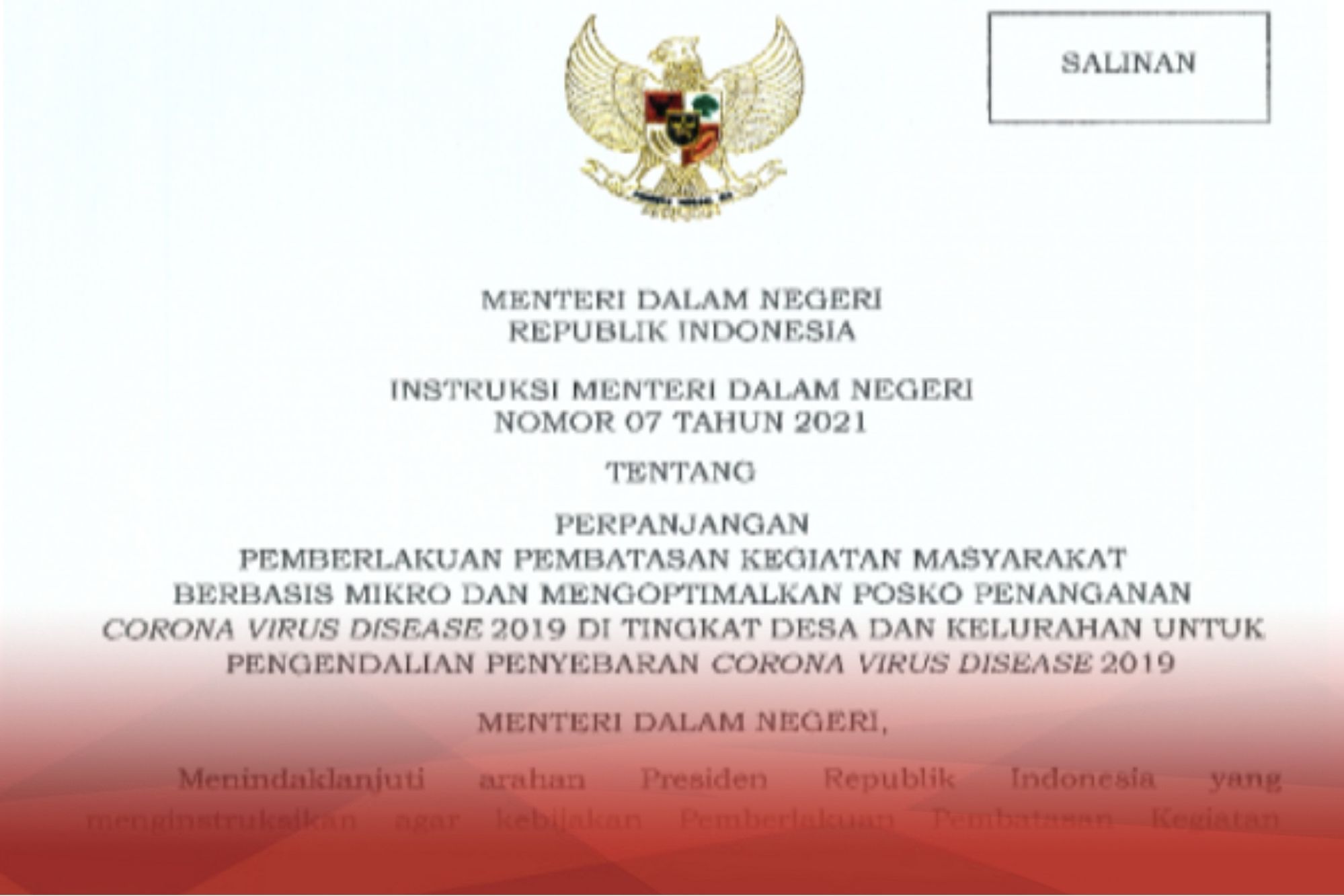 The Government has announced it will extend the implementation of Micro-Scale Activity Restrictions (PPKM Mikro) from 6 to 19 April 2021.

In the fifth phase of PPKM Mikro, the area of ​​implementation will be expanded to five additional provinces, namely Aceh, Riau, South Sumatra, North Kalimantan, and Papua. This expansion is regulated in Instruction of Minister of Home Affairs Number 7 of 2021 on Extension of Micro-Scale Activity Restrictions and Optimizing Corona Virus Disease Management Post at Village and Sub-District Levels to Control the Transmission of Corona Virus Disease 2019, which was issued on 5 April 2021.

As stated in the instruction, with the addition of five provinces, a total of 20 provinces can determine and add priority areas in their respective regencies/cities.

“The Government has expanded the implementation of PPKM Mikro based on the data related to cases of recovery, death, active, and the total cumulative cases. Thus, the Government adds five more regions, namely North Kalimantan, Aceh, South Sumatra, Riau, and Papua. Therefore, there are twenty provinces in total participating in the PPKM Mikro,” Airlangga said, Monday (5/4).

According to the instruction, PPKM Mikro is implemented by taking into account the criteria for risk zonation down to the neighborhood level. Meanwhile, other regions that do not implement the activity restrictions are urged to still raise awareness of COVID-19, intensify dissemination, and take action against violators of health protocols.

“This criteria has been improved because we expect to prevent further transmission of COVID-19,” he said. (FID/PR of Ministry of Home Affairs/UN) (RIF/MMB)