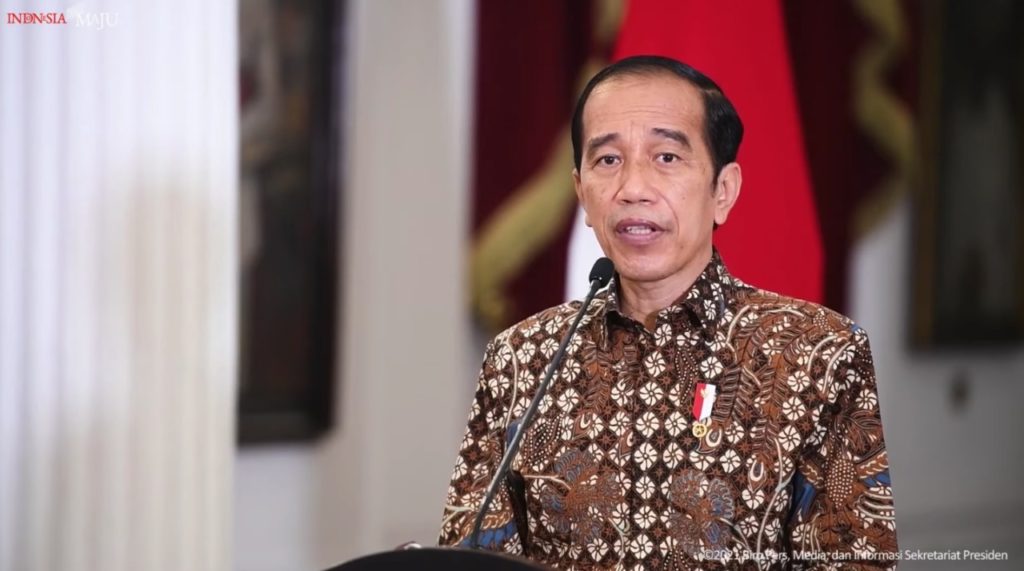 The Government has announced that the public activity restrictions (PPKM) policy in islands of  Java and Bali will be extended to 6 September 2021.

Given the improved COVID-19 situation in the country, the Government has also decided to adjust the PPKM level in a number of regions.

“Alhamdulillah, because of the hard work of all parties, in the past week the COVID-19 situation in the country has begun to improve. The positivity rate has shown a decline in the last seven days. The bed occupancy rate (BOR) for COVID-19 patients is getting better. The national average BOR is already around 27 percent,” President Joko “Jokowi” Widodo said, Monday (30/8) at the Merdeka Palace, Jakarta.

According to the President, in the period from August 31 to September 6, 2021 for the Java-Bali region there were additional agglomeration areas that entered PPKM Level 3, namely Malang Raya and Solo Raya. With this addition, the agglomeration areas that are included in Level 3 in this week’s implementation are Greater Jakarta, Greater Bandung, Greater Surabaya, Greater Malang, and Solo Raya. Meanwhile, Semarang Raya managed to get down to Level 2.

Likewise, the President added that for the first time only one area that enters Level 1 PPKM.

The Head of State went on to say that the positive trend nationally in the past week was also followed by improvement in the implementation of health protocols in several sectors.

Based on this evaluation, the Government, he added, has made adjustments to the restrictions on public activities.

“The evaluation results show that the implementation of health protocols in several sectors has been positive. To that end, the Government has made adjustments which will be explained in more detail by the Coordinating Minister and relevant ministers,” said the President.

However, the President underscored that everyone should remain vigilant and careful in responding to this improvement trend.

Indonesia, he added, must be able to learn the development of the COVID-19 situation in other countries and take important lessons from them.

“Several countries whose more than 60% of their population has been vaccinated are currently experiencing another surge in COVID-19. This happens because the people are not disciplined in implementing health protocols,” he said, while urging the public to immediately get themselves vaccinated and continue to be disciplined in implementing health protocols.

“We have to work together to avoid surge in COVID-19 cases. The key is simple. Let’s get vaccinated immediately, be disciplined and follow health protocols” he remarked. (DND/UN) (EST/EP)