Gov’t, FIFA Ensure U-20 World Cup to Run Smoothly as per FIFA Standards 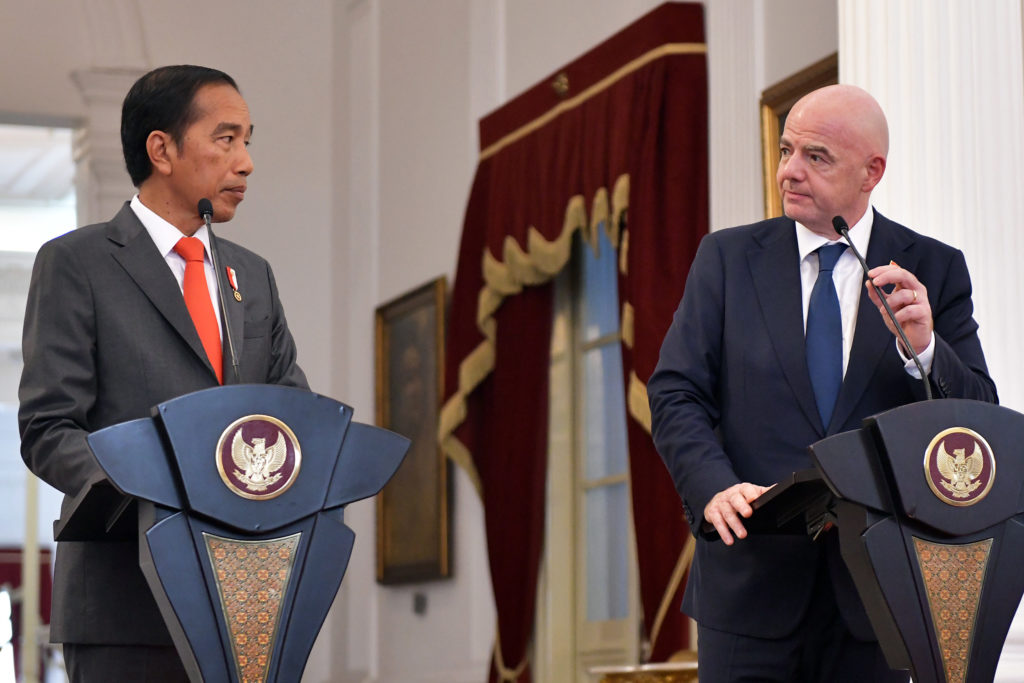 The Indonesian Government and the world’s football governing body FIFA has agreed to ensure that FIFA U-20 World Cup that will take place in the largest Southeast Asian country in 2023 runs smoothly in accordance with FIFA standards.

“The Government and FIFA have agreed to ensure that FIFA U-20 World Cup in Indonesia runs well. We will ensure that all aspects from the preparation to the organization meet FIFA standards and are handled well, professionally,” President Joko “Jokowi” Widodo said after meeting FIFA President Gianni Infantino at Merdeka Palace in Jakarta, Tuesday (10/18).

In the meantime, the FIFA President Gianni Infantino stated that FIFA U-20 World Cup is the most important football competition after the 2022 World Cup in Qatar. For that reason, the best stadiums are required so that matches can run smoothly and it can be an opportunity to show Indonesia’s good reputation to the world.

“The image of Indonesia to the world is not a country with accidents in football stadiums. It is a country with a vision, which is projected into the future, with a young population that loves football, which wants to celebrate and bring football to the world,” he said.

Gianni also expressed optimism that the U-20 World Cup in Indonesia will be a turning point for football in the country.

“Starting actually from now until then and from the World Cup into the future, we will make sure that Indonesia is not only hosting a meeting like the G20, being part of the top countries in the world from an economic point of view but also from a football point of view. The epicenter of football in this part of the world will be definitely here in Indonesia and from here, we’ll make the game grow to the entire world,” he remarked. (DND/FID/UN) (DH/ MUR)