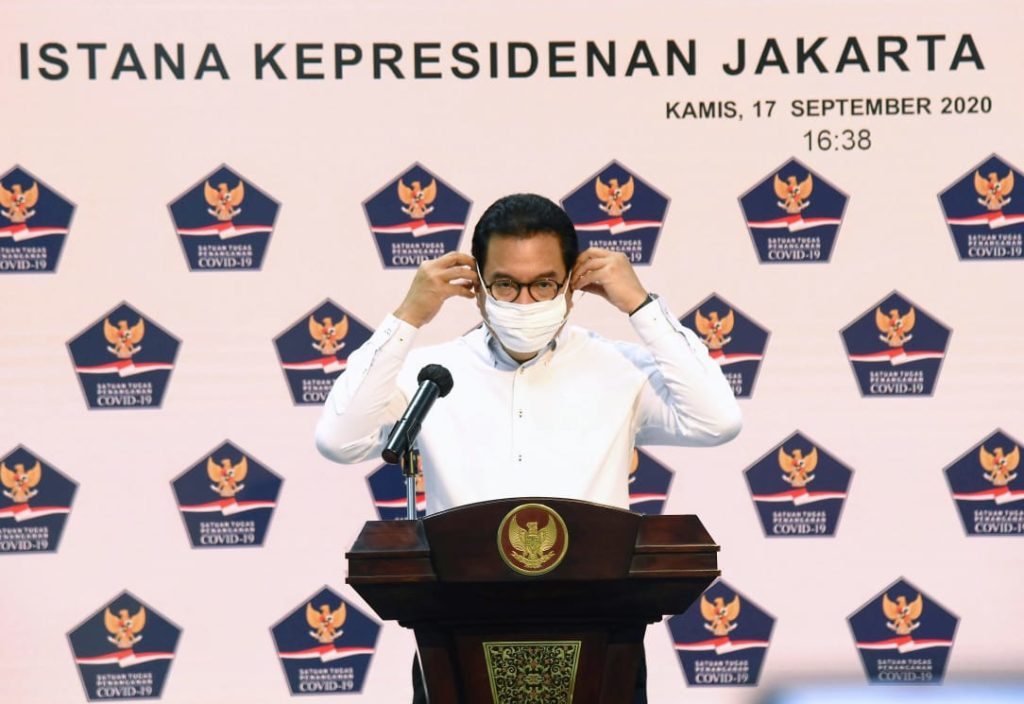 The Indonesian Government has announced it is currently focusing on flattening the COVID-19 infection curve in nine provinces with the highest transmission rates.

Spokesperson for COVID-19 Task Force Wiku Adisasmito revealed that the decision to determine those nine provinces as the Government’s priority is based on several considerations, including the number of active cases, the rate of new cases, the death percentage, the death rate, and the characteristics of the region.

Wiku went on to explain the conditions in each province:

“Only one district / city is not affected, namely Nias. Meanwhile, 50% of the cases are concentrated in one area, namely in the provincial capital of Medan,” he said.

“This is a national concern so we have to continue monitor this area,” Wiku said.

In West Java, the neighboring province of Jakarta, which is home to Bekasi city, Bekasi regency, Bogor city, Bogor regency, and Depok city. Those areas have the highest number of cases (70%) with no district / city in green zones and the increase in positive cases reaching 9.3% in the past week.

In Central Java province, which has reported additional positive cases for four consecutive weeks. As of 13 September 2020, there was a 52% weekly increase, with most of them coming from the provincial capital of Semarang. The mortality rate is 6.45% or higher than the national average.

“There are 30 out of 35 districts / cities in Central Java that are in the orange zones. We have to join hands to improve this condition,” Wiku said.

In East Java province, with a mortality rate of 7.25% which is higher than the national average. The largest contributor is the provincial capital of Surabaya with 35% of the total number of cases. 28 out of 38 districts / cities in the province are in the orange zones and it is ranked the fourth in the highest death rate in Indonesia (0.539).

“If we can improve condition in Surabaya, it will contribute greatly to the overall figure in East Java,” Wiku continued.

In Bali province, which has experienced a significant weekly increase for four consecutive weeks. It is the 4th province with the highest number of positive cases (171.39 per 100,000 population).

In addition, Bali is also one of the provinces with the highest death rate over the past week at 72%. Of the 9 districts / cities in the province, six of them are in red zones and three are in orange zones.

In South Kalimantan province, which has experienced a 10.3% increase in positive cases. The highest number of cases was reported in the provincial capital of Banjarmasin, Kotabaru regency and Tapin regency. The proportion of the mortality rate is 4.16%.

In South Sulawesi province, which has reported an increase in cases in the last four weeks, but has finally decreased by 18.7% in the previous week. Districts / cities experiencing significant cases include East Luwu regency, Bone regency, and Selayar islands.

The deaths rate was 2.85% and Makassar city contributed 55.55% of deaths in the province in the last week.

In Papua province, which has experienced a significant spike in  the number of positive cases in the last five weeks, or reaching 43.2%. The recovery rate has slightly decreased from the previous week (79.70% vs 76%).