Govt Free Electricity Connection Program to be Implemented Throughout Java 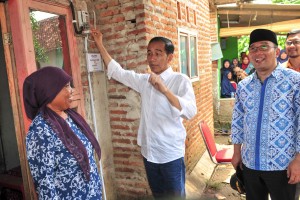 According to the President, the Government is targeting to install 4,000 free electricity connections in Bekasi Regency, which 300 of them had been installed. He claimed that the program is right on target as seen from the residents houses which now have been connected with electricity.

The problem is the underprivileged people can pay the monthly bill but they cannot purchase the initial connection fee. With this program, now they can enjoy electricity connection and hopefully they will be more productive, said President Jokowi.

President Jokowi explained that after West Java, the program, which has been started last year, will continue to be implemented in Central Java and East Java.