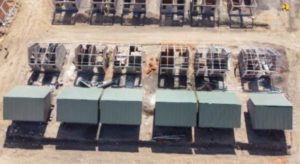 Source: PR of Ministry of Public Works and Public Housing

The Government continues to accelerate the construction of permanent housing adopting Healthy Simple Instant Houses (RISHA) technology to carry out rehabilitation and reconstruction after flash floods and landslides which occurred last April in the provinces of East Nusa Tenggara (NTT) and West Nusa Tenggara (NTB).

Minister of Public Works and Public Housing Basuki Hadimuljono said that rehabilitation and reconstruction in disaster-affected areas aim to rebuild damaged houses as well as to rebuild new settlements that are resilient to disasters.

“The approach is to ‘build back better’, meaning that [the houses] will be built with a better and safer quality than before,” said Basuki, as quoted from the official website of the Ministry, Wednesday (06/10).

Head of Ministry of PUPR on Disaster Management Task Force for NTB and NTT Widiarto said that for the NTB Province, 292 units of permanent housing are currently being built.

Widiarto said that to accelerate the construction of housing in NTB, Ministry of PUPR continues to coordinate with the regional governments for the land acquisition process. In addition, the Ministry also empowers local workers from surrounding areas to add more workers so that they can be completed according to the target.

For the record, permanent housing assistance in the form of a special house is designed with RISHA type 36 technology. RISHA is a house building using knock down construction technology that can be built quickly using three types of reinforced concrete modules in the main structure. (PR of Ministry of PUPR/UN) (EST/MMB)