Gov’t Gears Up to Host U-20 Soccer World Cup 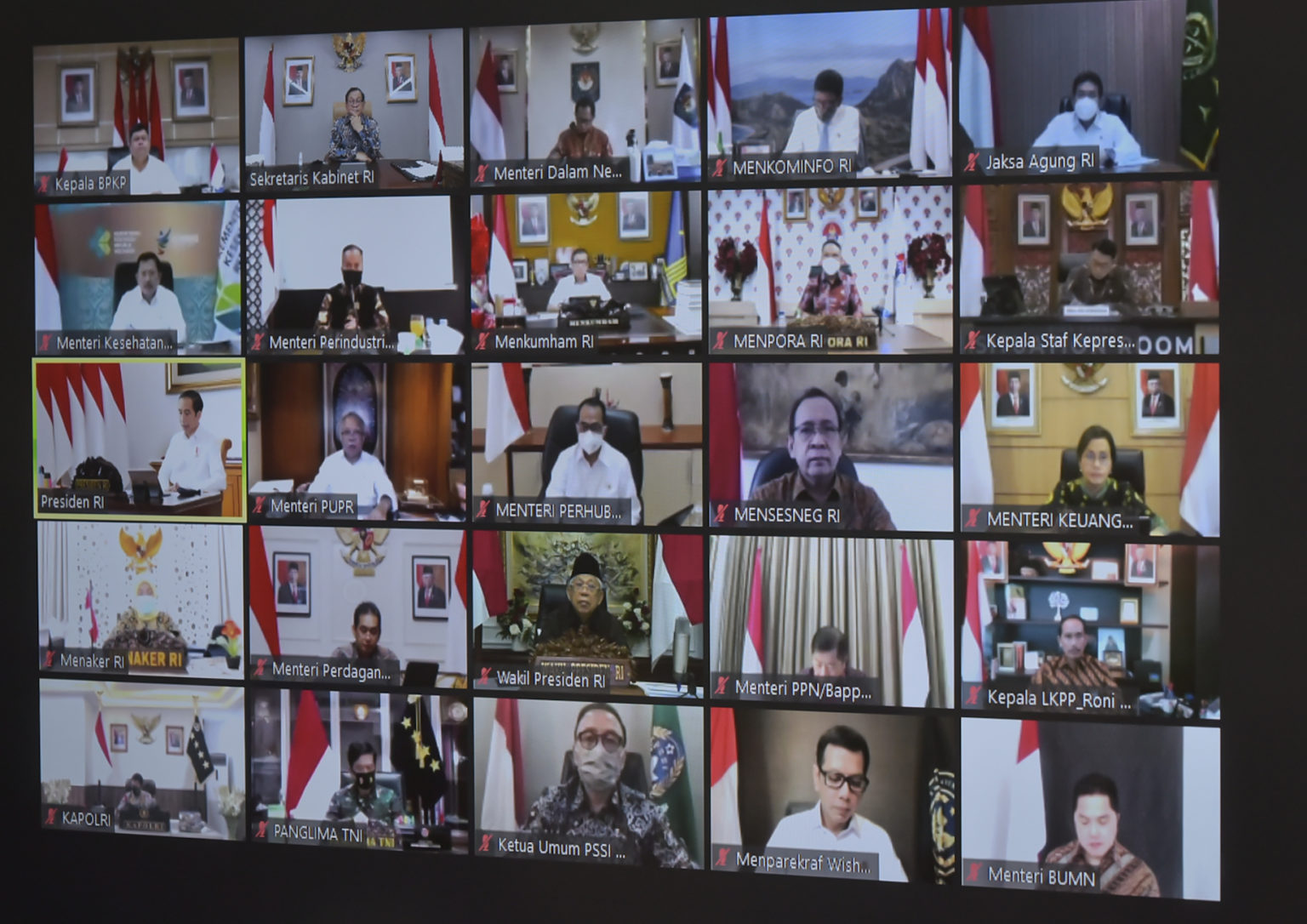 President Jokowi and his cabinet have a Limited Meeting through video conference on the progress in preparing U-20 World Cup to be held in 2021, on Tuesday (10/10). (Photo: PR/Agung)

President Joko “Jokowi” Widodo, on Tuesday morning, led a limited meeting through video conference that discussed the preparation of U-20 Soccer World Cup of 2021 to be held in Indonesia.

“Today’s limited meeting will discuss the preparation to host U-20 World Cup of 2021, which will be held on May–June 2021,” President Jokowi said in his introductory remarks.

In that meeting, President Jokowi also touched on the progress in the renovation of main and supporting stadiums in six regions, namely Jakarta, South Sumatra, West Java, Central Java, East Java, and Bali.

“We must show that Indonesia has prepared strict health protocols to ensure that Indonesia is safe to be visited and to be the host of U-20 (World Cup). This is the main point,” he firmly said.

On that occasion, the President also ordered the Indonesian Football Association (PSSI) to provide a report on the readiness of the Indonesian National Team that will compete in the World Cup.

For the record, President Jokowi has issued Presidential Instruction Number 8 of 2020 on the support for organizing FIFA U-20 World Cup. Under the Instruction which was signed on 15 September 2020, President Jokowi ordered a number of ministers, institution heads, and regional heads to take measures according to their respective duties, functions, and authorities in a coordinated and integrated manner to support the organization of U-20 World Cup.

In addition, the President also signed Presidential Decree Number 19 of 2020 on Indonesia FIFA U-20 World Cup Organizing Committee (INAFOC). The INAFOC is responsible for preparing and organizing the upcoming event to be held in six Indonesian regions. (DND/UN)