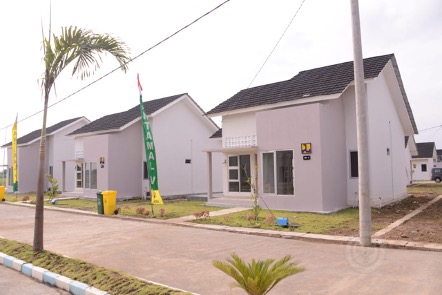 Minister of Defense Prabowo Subianto has presented 53 special house units to the families or beneficiaries of the Submariners of KRI Nanggala-402 who passed away in the effort of guarding the sovereignty of the country. The awarding of the special houses was conducted in Candi district, Sidoarjo regency, East Java province, on Wednesday (04/20).

“With all respects, I present the keys and certificates of the special houses to the beneficiaries of the late Submariners of KRI Nanggala-402. Hopefully, it will bring benefits and a better life,” Minister of Defense  said.

Prabowo also expressed his appreciation to all parties that have contributed to the establishment of the houses, among others, Ministry of Public Works and Public Housing, the East Java Provincial Government, and Indonesian Navy.

“It is our efforts to reminisce and respect the service and sacrifice of the Submariners of KRI Nanggala-402 who passed away in protecting the country,” he said.

The special houses which are available in four types are equipped with public facilities, such as lampposts, roads, and soon it will be ready to use.

“Our prayers go to all KRI Nanggala-402 crew. They are all the best sons and daughters who protected the Unitary State of the Republic of Indonesia,” Minister of Defense affirmed. (PR Office of Ministry of Defense/UN)(AW/MMB)