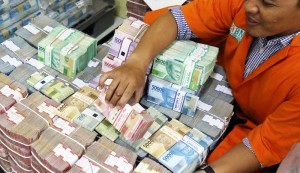 Of the total budget of Rp2,220 trillion in the State Budget (APBN) of Fiscal Year 2018, the Government as set forth in Attachment XIX of the Presidential Regulation (Perpres) Number 107 of 2017 on the Details of APBN of Fiscal Year 2018 has allocated Rp444.131 trillion for education.

The Attachment XIX of Perpres Number 107 of 2017 signed by President Joko Jokowi Widodo on 30 November 2017 reads, the Education Budget through the Central Government expenditure amounting to Rp149.680 trillion spread across 20 Ministries/Institutions is Rp145.957 trillion. Meanwhile, the remaining Rp3.723 trillion listed in the Budget Section of State Treasurer (BA-BUN).

The Education Budget allocated through the Transfer to the Regions and the Village Fund consists of: 1. General Allocation Fund (DAU), which is earmarked for education budget of Rp153.222 trillion; 2. Special Transfer Funds amounting to Rp121.404 trillion; and 3. Special Autonomy (Otsus) which is earmarked for the education budget of Rp4.817 trillion.

Moreover, the Education Budget through Financing consists of: a. National Education Development Fund of Rp5 trillion; and 2. Education Fund through Sovereign Wealth Fund of Rp10 trillion. (Center for Data and Information/ES) (MUR/YM/Naster).