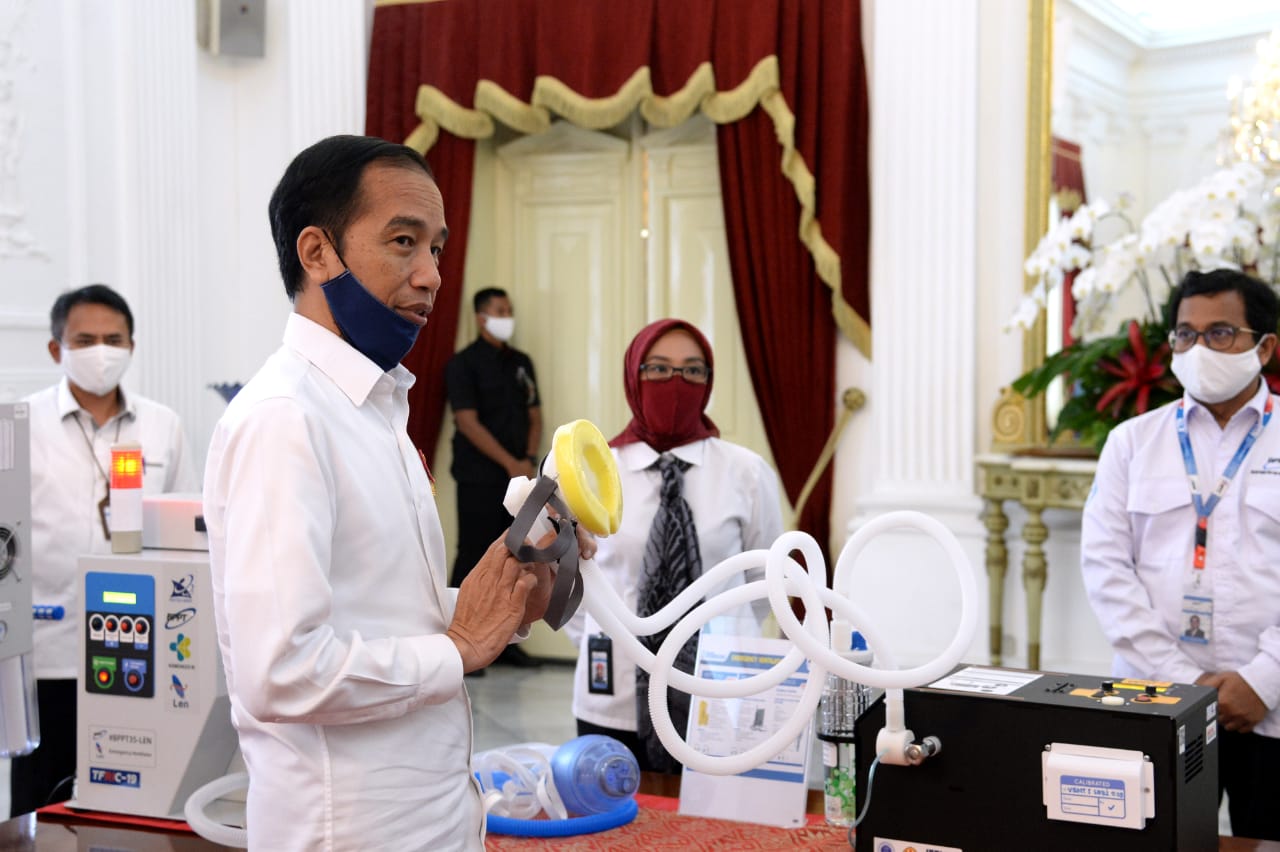 President Jokowi at the exhibition of COVID-19 handling innovations. (Photo: Bureau of Press, Media, and Information of Presidential Secretariat)

The Government, through Ministry of Administrative and Bureaucratic Reform, has announced it is set tois holding the 2021 Public Service Innovation Competition (KIPP).

According to the Secretary of Ministry of Administrative and Bureaucratic Reform Dwi Wahyu Atmaji, the competition that has been held since 2014 is the Governments measure to develop innovation as a culture of public service providers.

For the record, tThis years edition of the competition carries year, KIPP adopted the theme of Public Service Innovation Acceleration for Achieving Sustainable Development Goals through Knowledge Transfer in the New Normal in which . tThis yeartime, the stress is on innovation implementation duringin the new normal following the COVID-19 pandemic in the country.

Atmaji underscored that the guidance of public service innovation does not stop at the innovation competition. Instead, he added, it covers innovation development through knowledge transfer or replication and institutionalization of innovation for continuation.

Furthermore, Atmaji also pointed out said that public service is the final purpose of bureaucratic reform and with public service innovation, public perception of complicated service will change,. He addinged that a service system that has become modern puts the public as the subject and priority.

Therefore, the purpose of improving public service quality to push for bureaucratic reform achievement can be accomplished immediately, Atmaji he remarked.

For the record, Aall submitted innovation proposals will be assessed by an Evaluator Team consisting of academicians and experts to maintain objectivity, neutrality, and integrity.

The proposals that have been submitted online through the Public Service Innovation System application will be selected by the Evaluator Team and the top 99 innovations will be longlisted.

The top 99 public service innovations will be assessed by an Independent Panel Team (TPI) that assesses presentation and interview, verification, and field observation.

The TPI will then shortlist the top 45 innovations.

Innovations in KIPP are categorized into three groups. The first is the general group, for innovations that have never been registered to compete, have never received an award in the previous KIPP, and have not been longlisted as the top 99 twice.

The second group is replication, consisting of adapted or modified innovations that were in the top 99 of KIPP in 2014-2020 and have never received an award in the previous KIPP.

Meanwhile, the third group is the special group, which consists of innovations that were announced as Top Commendable Innovations in the previous competition, are at least one-year-old after the announcement, and have never received the Outstanding Achievements Public Service Award 2020.

More detailed requirements are stipulated in the Decree of Minister of Administrative and Bureaucratic Reform.

Atmaji expressed hope that the innovations submitted for KIPP will facilitate the public, improve the quality of bureaucracy, and boost regional and national economies.

I hope everything that we have done can bring benefit to the welfare of all Indonesian people, Atmaji said. (PR of Ministry of Administrative and Bureaucratic Reform) (DH/EP)