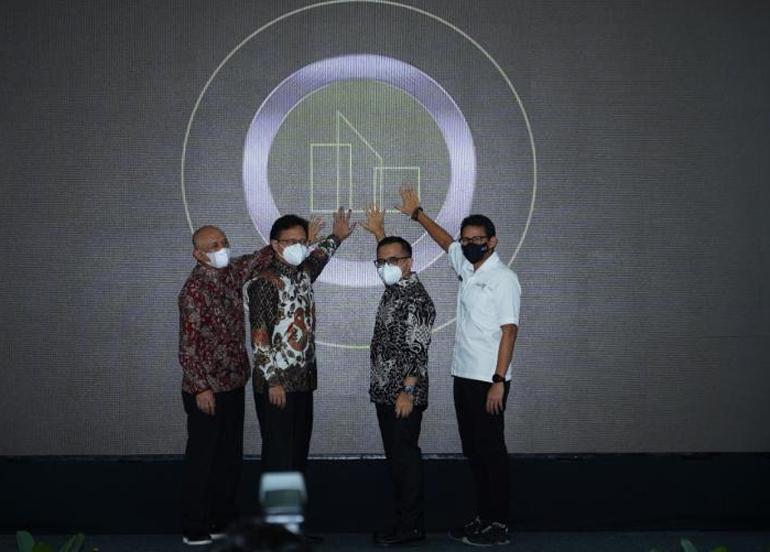 Ministry of Cooperatives and SMEs held the second phase of the showcase and business matching event for MSMEs inJakarta from April 11-23, 2022.

Minister of Cooperatives and SMEs Teten Masduki stated that this business matching event is an effort to accelerate the absorption of domestic products and MSMEs by the Government. This year,  the potential for purchasing domestic products is huge, with government spending of Rp1,481 trillion and State-Owned Enterprises spending of Rp420 trillion.

“This business matching event is an effort to accelerate the absorption of domestic products and SMEs by the Government. This is a large captive market and must be utilized by MSME players. In the Job Creation Law, the Government has required 40 percent of ministries/institutions and regional government budget be spent on cooperative and SME products,” the Minister said at the event on Monday (04/11).

Teten expressed hope that the event can be utilized to optimize communication between the Government with its potential to procure goods/services and business actors with their superior products. This event is also expected to spur ministries/institutions and regional governments to carry out similar events independently so that MSMEs in the regions can also take part.

“Our domestic products are of high quality, there should be no more imported products in government spending for products that can be produced domestically. I’ve discussed it with our importers for us to postpone imports and increase collaboration with MSMEs. We hope this can spur local governments to carry out business matching events as well,” he said.

The Minister also expressed belief that through the very large valuation of government and SOE spending, if half of it can be met by MSME products and cooperatives, it will have a huge impact on economic growth. “It is estimated that there would be an addition of two million jobs and the economy will grow by 1.5 percent. MSME actors should utilize this properly and become providers of government goods and services. I believe through this affirmative policy, MSMEs will have the opportunity to continue to increase the capacity and quality of their products,” he said.

On the occasion, Minister of Tourism and Creative Economy/Head of the Creative Economy Agency Sandiaga Salahuddin Uno stated that the Ministry is able to spend 85 percent of its budget on domestic products including those of MSMEs. This number exceeds the target of 70 percent even though the President only ordered a minimum of 40 percent.

“For Rp539 trillion of transactions through the National Public Procurement Agency (LKPP),  it will increase our economic growth by two percent and an additional two million jobs. For that reason, we need to strengthen the supply chain,” he said.

Similarly, Minister of Health Budi Gunadi Sadikin also stated that his ministry is committed to continuing to spend its budget on MSME products. This year, the Ministry has spent Rp11.7 trillion on domestic products with MSME partners which is equivalent to 33 percent of its total budget ceiling.

“The President gave a directive of 40 percent but we ask if it can be increased from Rp11.7 trillion to Rp28 trillion. So it’s not 40 percent but to 78 percent to buy domestic products,” he said.

Meanwhile, Head of LKPP Abdullah Azwar Anas said that the agency is carrying out a major transformation in the e-catalog system or system for the procurement of goods and services. Previously, the MSMEs need to go through 8 stages to be registered on the LKPP page, as a result, not many of their products and services can be bought by ministries/institutions.

“Now, there are only two stages. We are also improving our system, assisted by state-owned telecommunication company Telkom to strengthen the system so that it can adapt to the increasingly large procurement of goods and services. We also integrate regional e-catalog so they don’t have to go to Jakarta,” he stated.

The second phase of the business matching event starts from April 11-21, 2022 at the Smesco Exhibition Hall. The peak event will be held on April 22-23, 2022 at the Jakarta Convention Center (JCC) and will be attended by approximately 400 SMEs from all over Indonesia. Previously, the first phase of the event was held in Bali on March 22-24, 2022. (PR of Ministry of Cooperatives and SMEs/UN) (FI/MMB)