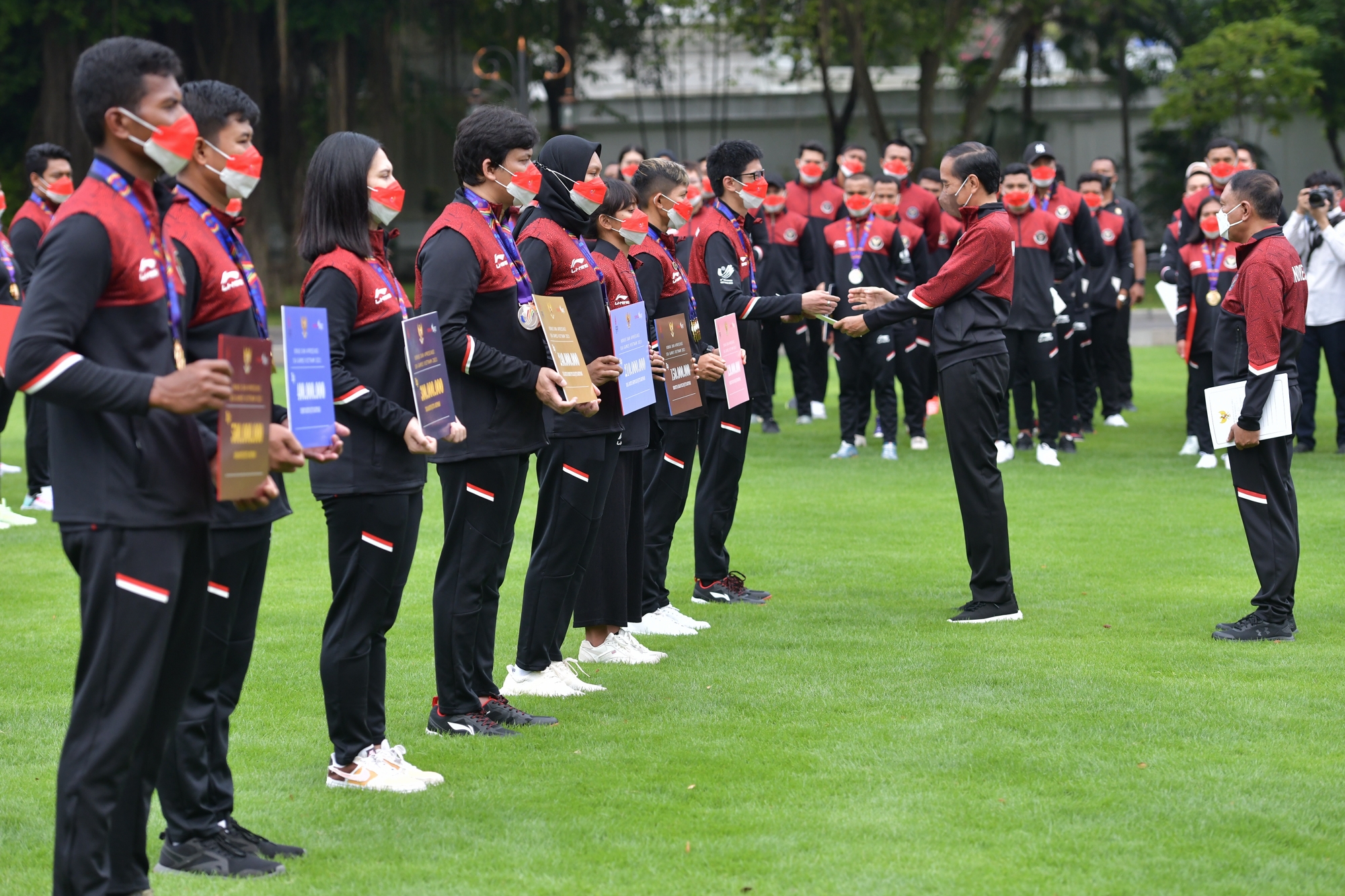 Minister of Youth and Sports Zainudin Amali accompanies President Jokowi to hand over bonuses to athletes competing in SEA Games Vietnam, Monday (06/13), at the Merdeka Palace, Jakarta. (Photo by: PR of Cabinet Secretariat/Rahmat)

The Government is committed to implementing the National Sports Grand Design (DBON) in the selection process for athletes competing in multi-sport events, according to Minister of Youth and Sports Zainudin Amali.

“We will be consistent in implementing the selection method we have done at the 31st SEA Games based on the National Sports Grand Design (DBON), in line with Presidential Regulation Number 86 of 2021,” the Minister said on Monday (06/13) at the Merdeka Palace, Jakarta, during the ceremony for handing over bonuses to Indonesian athletes competing at the 31st SEA Games Vietnam.

“At the 31st SEA Games, we implemented a quality-oriented approach by sending athletes predicted to get medals to take part in high level and competitive multi-sport events, including the Asian Games and Olympics,” he said.

By focusing on quality, he added, the Indonesian contingent has managed to secure third position in the medal tally in the last SEA Games with 241 medals, consisting of 69 gold medals, 92 silver medals and 80 bronze medals. The position was higher than Indonesia’s achievement at the 30th SEA Games in the Philippines.

“The number of medals we achieved has increased by 20.56 percent, while the percentage of athletes who did not get medals decreased from 39.60 percent to 17.4 percent, meaning that there was an improvement of around 22.56 percent,” the Minister remarked (FID/UN) (RI/LW)