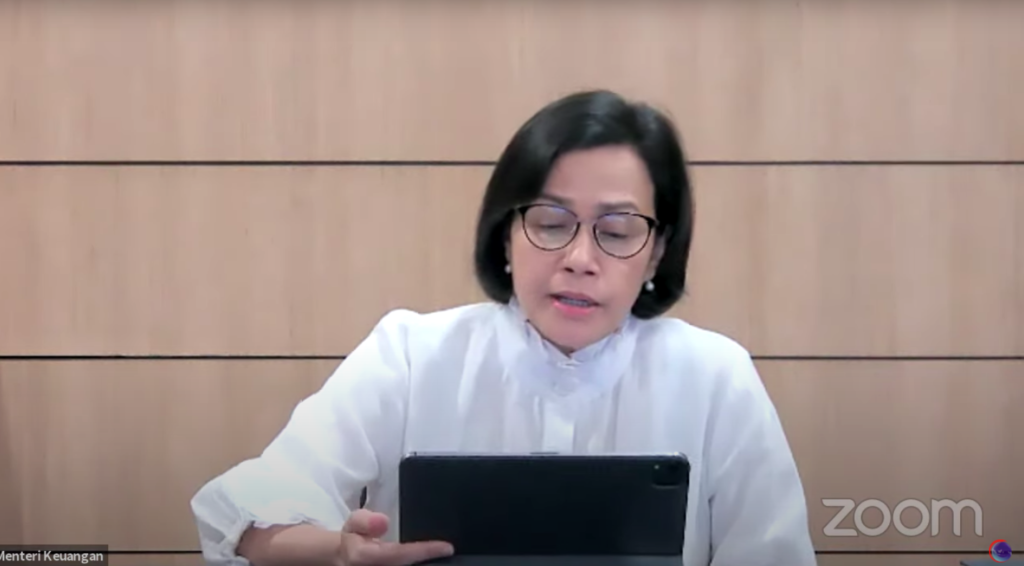 Minister of Finance Sri Mulyani Indrawati announced that the Government will allocate more budget for social protection programs and handling of health issues.

On social protection programs, the Government has set a target to disburse the budget for the Aspiring Family Program (PKH) amounting Rp28.31 trillion to 10 million households.

“If each family among 10 million families eligible for the program consisted of four people, the total number of beneficiaries will be 40 million people,” she said.

The Government has also allocated Rp49.89 trillion for Staple Food Card that will provide Rp200,000 per month, and an additional of two months’ worth (July-August) to 18.8 million households or 75,2 million people.

Beneficiaries of Cash-social Assistance and Staple Food Card will also receive 10 kg of rice from the State Logistic Agency (Bulog).

“Each household will receive 10 kg of rice from Bulog with a total budget of Rp3.58 trillion,” she added.

The Government has also allocated Rp17.46 trillion of budget for Cash-social Assistance to 10 million households. Each household will receive Rp300,000 per month for the first semester of 2021.

In addition, there is also cash assistance from regional governments in which each household will receive Rp200,000 per month for six months. This assistance is provided to 5.9 million households that have not received the Staple Food Card and Cash-social Assistance with a budget of Rp7.08 trillion.

Electricity Discount to 32.6 million customers in the 450VA and 900VA categories will be extended until December 2021.

“Therefore, we will add Rp1.91 trillion of budget for electricity subsidy so that the budget allocated for that program increases from Rp7.58 trillion to Rp9.49 trillion,” she explained.

Minimum Electricity Bill Assistance, Electricity Subscription Fees will also be extended until December to 1.14 million customers, so it will require an additional Rp420 billion from the total allocation of Rp1.69 trillion.

Budget allocated for Pre-Employment Program will be increased from the previous Rp20 trillion to Rp30 trillion so that the program will reach 2.8 million more people.

“Based on several surveys, the Pre-Employment Program has made positive impacts to jobseekers of laid-off workers,” she added.

Furthermore, the Government also extended Internet Data Assistance for 38.1 million students, university students, lecturers, and teachers both in regular schools or faith-based schools until December 2021. The budget will be increased from Rp3 trillion to Rp8.53 trillion.

In addition, the Government will also disburse Cash Transfer Assistance (BLT) amounting Rp28.8 trillion which is sourced from the Village Fundsuntil December 2021. Around 8 million households will receive Rp300,000 per month for 12 months from this assistance.

In a bid to speed up the disbursement, the Government has made efforts to relax regulations so it would not hamper regional governments to disburse the cash to beneficiaries who have not registered in the PKH, Staple Food Card, and Cash-social Assistance Programs. If it failed to be accelerated, Ministry of Finance will intercept the process.

Out of the budget, she added, Rp11.76 trillion has been disbursed to 9.8 million beneficiaries. The remaining budget will be given to 3 million new beneficiaries. (TGH/UN) (RAS/MMB)