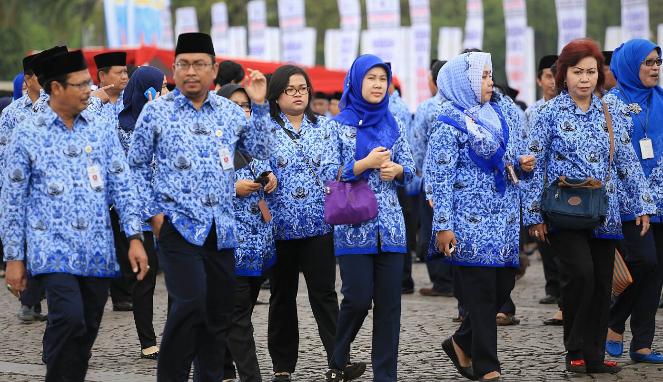 In a bid to accelerate the simplification of bureaucracy and encourage leaders of government agencies to carry out strategic and concrete steps, Minister of State Apparatus Empowerment and Bureaucratic Reforms Tjahjo Kumolo on 13 November 2019 signed Circular Number 393 of 2019 on Strategic and Concrete Steps for Bureaucracy Simplification.

The Circular addresses nine strategic and concrete steps to simplify the bureaucracy. The first step is to identify echelon III, IV, and V work units that can be simplified and transferred from structural posts to other posts in each agency.

The next step is to map the posts in the work units affected by the transition as well as to identify the parity between the structural posts and the functional posts to be filled in.

“In addition, the mapping of the functional posts is needed to accommodate the transition of echelon III, IV, and V structural officials affected by the bureaucracy simplification policy,” the Circular reads.

“This step is taken so that every staff member can adjust to a dynamic, agile, and professional organizational structure to improve organizational performance and public services,” it reads.

The results of the identification and mapping of posts must be submitted to Minister of State Apparatus Empowerment and Bureaucratic Reforms in a form of softcopy no later than the fourth week of December 2019.

The process of transforming structural to functional posts is based on the results of the mapping. According to the Circular, it is carried out no later than the fourth week of June 2020.

Leaders of the agencies are also expected to carry out all the processes listed in the Circular in a professional manner, free of corruption practices, and avoidance of conflicts of interest by continuing to apply the precautionary principle, in line with good governance, and based on statutory provisions.

The procedure for the transfer of Echelon III, IV, and V structural posts to functional posts, according to the Circular, is further stipulated in the Regulation of Ministry of State Apparatus Empowerment and Bureaucratic Reforms

It is stated on the Circular that not all echelon III, IV, and V officials can be transferred to functional posts. The simplification of bureaucracy for structural posts is excluded for those who have duties and functions as Head of Work Unit with authority and responsibility in the use of the budget or users of goods/services,” it reads.

Likewise, the bureaucracy simplification is also excluded for those who have duties and functions related to authority, legalization, verification, document approval, or regional authority.

Other posts to be excluded are those who meet special criteria and conditions based on the proposal of each governmental agency to the Minister of State Apparatus Empowerment and Bureaucratic Reforms. The consideration of the appointment of officials to the structural posts will be made based on the proposals.

For the record, bureaucratic simplification is President Joko “Jokowi” Widodo’s mandate to simplify structural posts into two levels, which he stated in his presidential inauguration address on 20 October 2019.

The simplification is intended to create a dynamic, agile, and professional bureaucracy in an effort to boost effectiveness and efficiency in order to support government’s public performance. (Minister of State Apparatus Empowerment and Bureaucratic Reforms PR/ES)