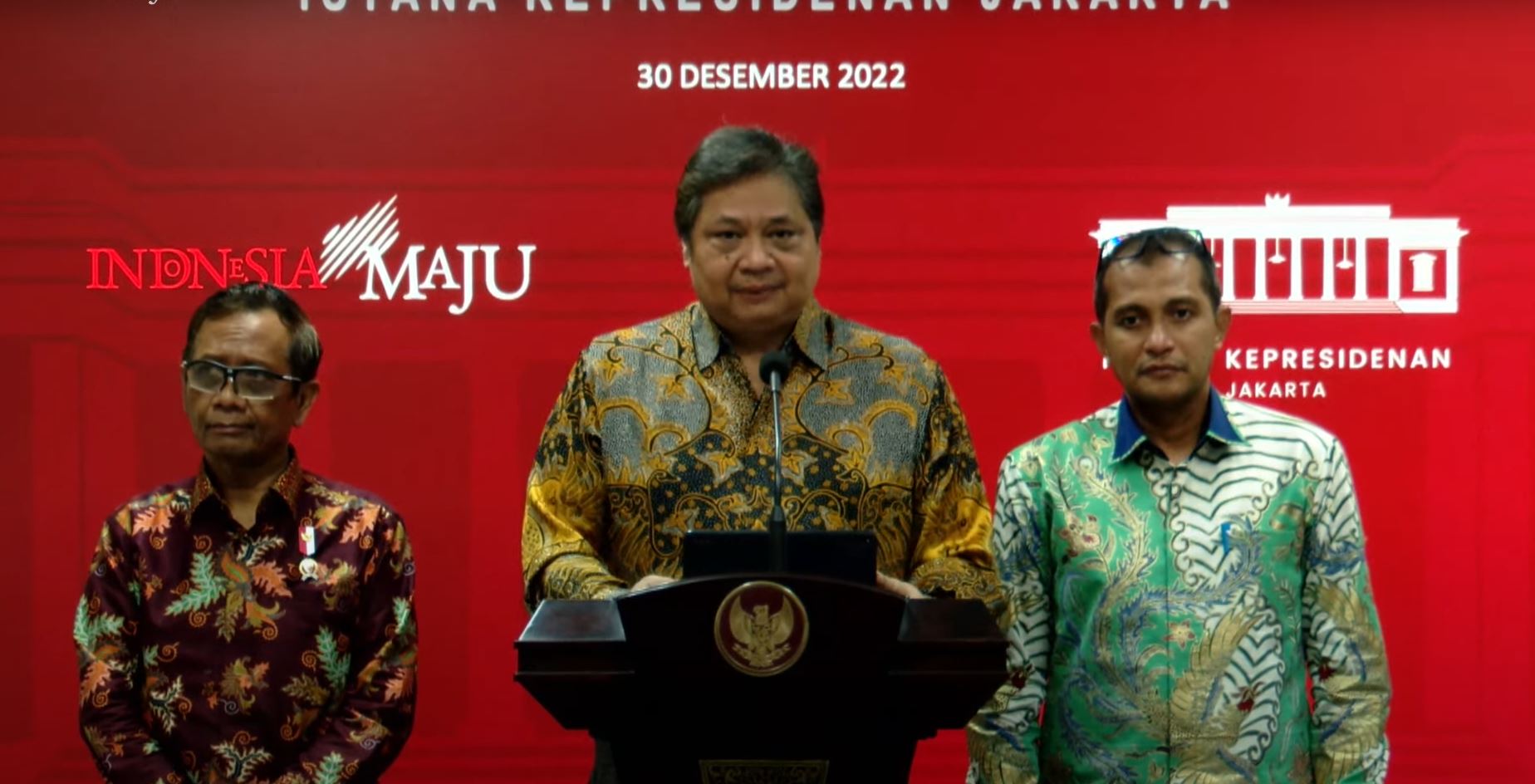 In light of the recent global situation, the Government Friday (12/30) issued Government Regulation in Lieu of Law Number 2 of 2022 on Job Creation.

According to Airlangga, before issuing the regulation the Government has taken into account the urgent need to face global situation, both related to the economy and geopolitics.

Airlangga also said that Decision of the Constitutional Court (MK) Number 91/PUU-XVIII of 2020 on Job Creation Law has significantly influenced business entities both at home and abroad.  The Government also continues to seek investment as one of the keys to economic growth, he added.

Therefore, he added, issuance of the regulation is expected to provide legal certainty, including for business entities.

“For next year, we have set a budget deficit of less than 3 percent and this policy relies on investment. Thus, next year we have a target of Rp 1,200 trillion in investment. To that end, the issuance of the Government Regulation in Lieu of Law Number 2 of 2022 is expected to provide legal certainty, and is part of implementation of the Constitutional Court’s Decision,” Airlangga said.

Airlangga further said that President Joko “Jokowi” Widodo had talked to Speaker of the House of Representatives (DPR) Puan Maharani regarding the issuance of the regulation. (TGH/UN) (RI/EP)