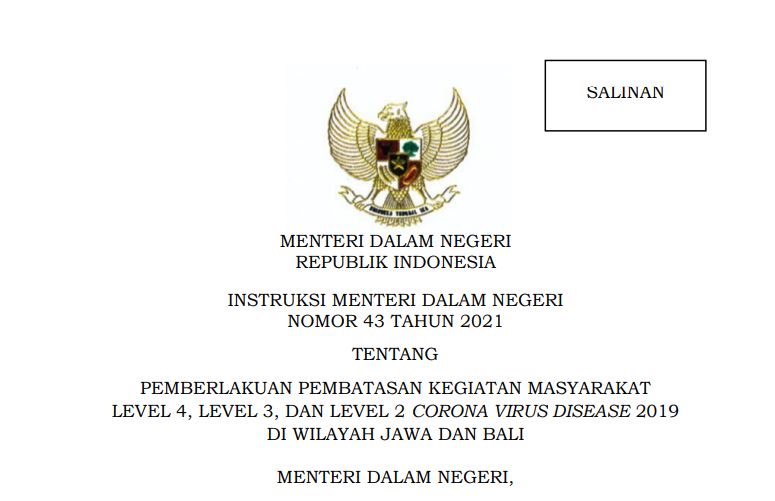 Minister of Home Affairs Tito Karnavian has issued Instruction Number 43 of 2021 on the Implementation of Level 4, Level 3 and Level 2 Activity Restrictions (PPKM) in the Islands of Java and Bali.

The Regencies/Cities that have improved their status based on the assessment level are Purwakarta Regency and Cirebon Regency in West Java Province and Brebes Regency in Central Java Province (from level 4 to level 3).

In the meantime, Banjar City in West Java Province changed the status from level 2 to level 3.

The 86 Regencies/Cities in seven Provinces that implement level 3 PPKM are as follows:

The 42 Regencies/Cities in four Provinces that implement level 2 PPKM are as follows: