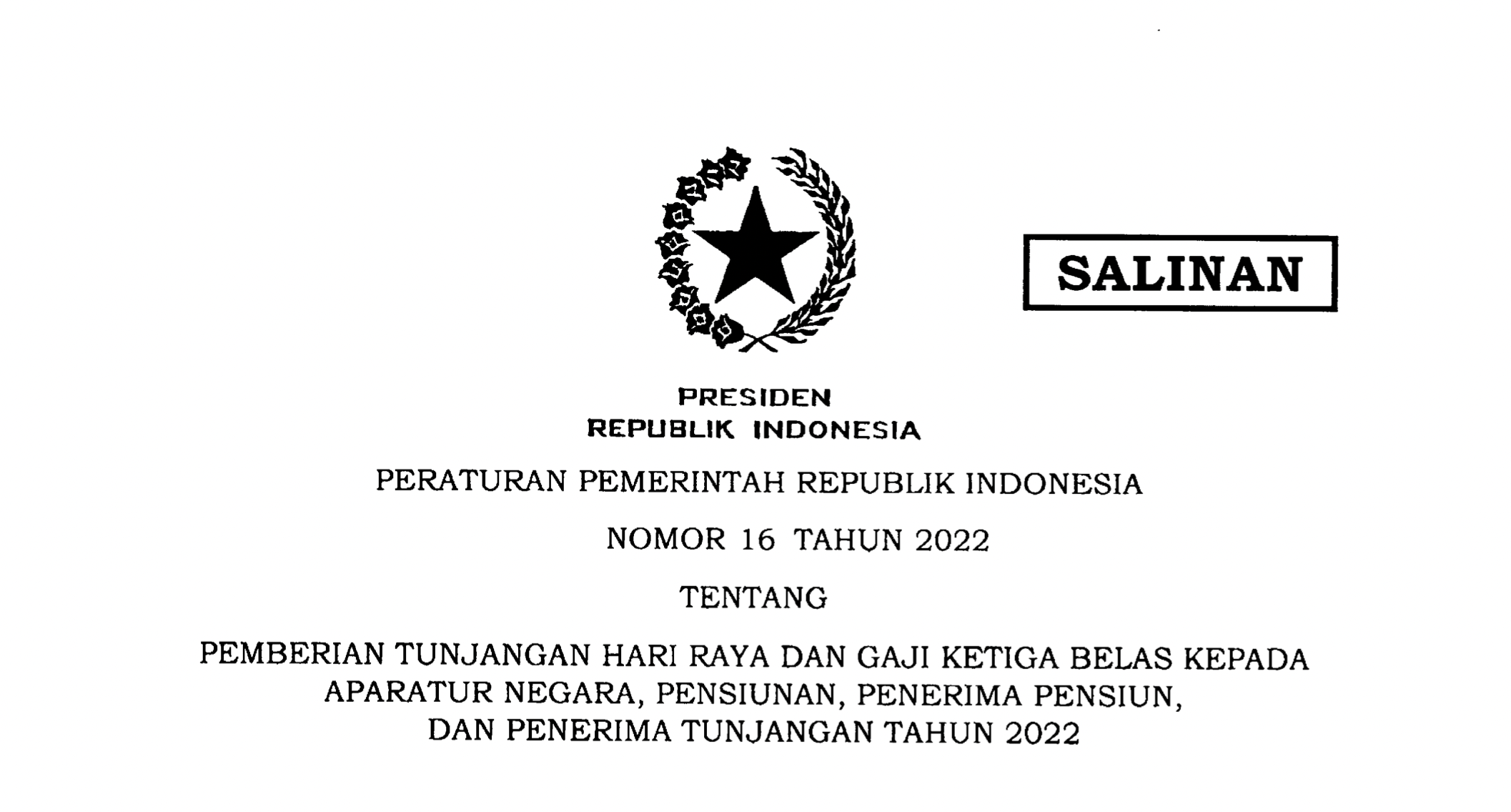 Ahead of this year’s Eid Al-Fitr, the Government has issued Government Regulation Number 16 of 2022 on Provisions of the 2022 Religious Festivity Allowance and the 13th Month Salary Bonus to State Civil Apparatus, State Pensioners, and Allowance Beneficiaries.

The regulation, which was signed by President Joko “Jokowi” Widodo on April 13, 2022 is aimed at increasing people’s purchasing power through spendings of state apparatus, state pensioners, and allowance beneficiaries that will contribute to the public and stimulate national economy.

Religious Festivity Allowance and the 13th Month Salary Bonus are given to all state civil apparatus, military and police officers, excluding:

The allowance and bonus given to state civil apparatus, Contract-based Government Employees (PPPK), military and police officers, government officials, Supervisory Board of the Corruption Eradication Commission (KPK), leaders of Public Broadcasting Institutions, and Non-State Civil Apparatus Employees assigned to Public Broadcasting Institutions, which the budget is sourced from the State Budget (APBN), comprise:

On the other hand, the allowance and bonus given to state civil apparatus and PPPK, which the budget sourced from the Regional Budget (APBD), comprise:

The Religious Festivity Allowance will be disbursed 10 days before Eid al-Fitr. However, if it cannot be paid during that period due to technical problems, the allowance can still be paid after Eid. Meanwhile, the 13th month salary bonus will be paid in July 2022 and in the event when the 13th month salary cannot be paid in July, the salary will be disbursed after July.

Technical process of the disbursement of Religious Festivity Allowance and the 13th month salary in which the budget is sourced from the APBN and the APBD will be further regulated under regulation of a minister overseeing financial sector and regulation of regional head respectively. (UN) (RAS/EP)