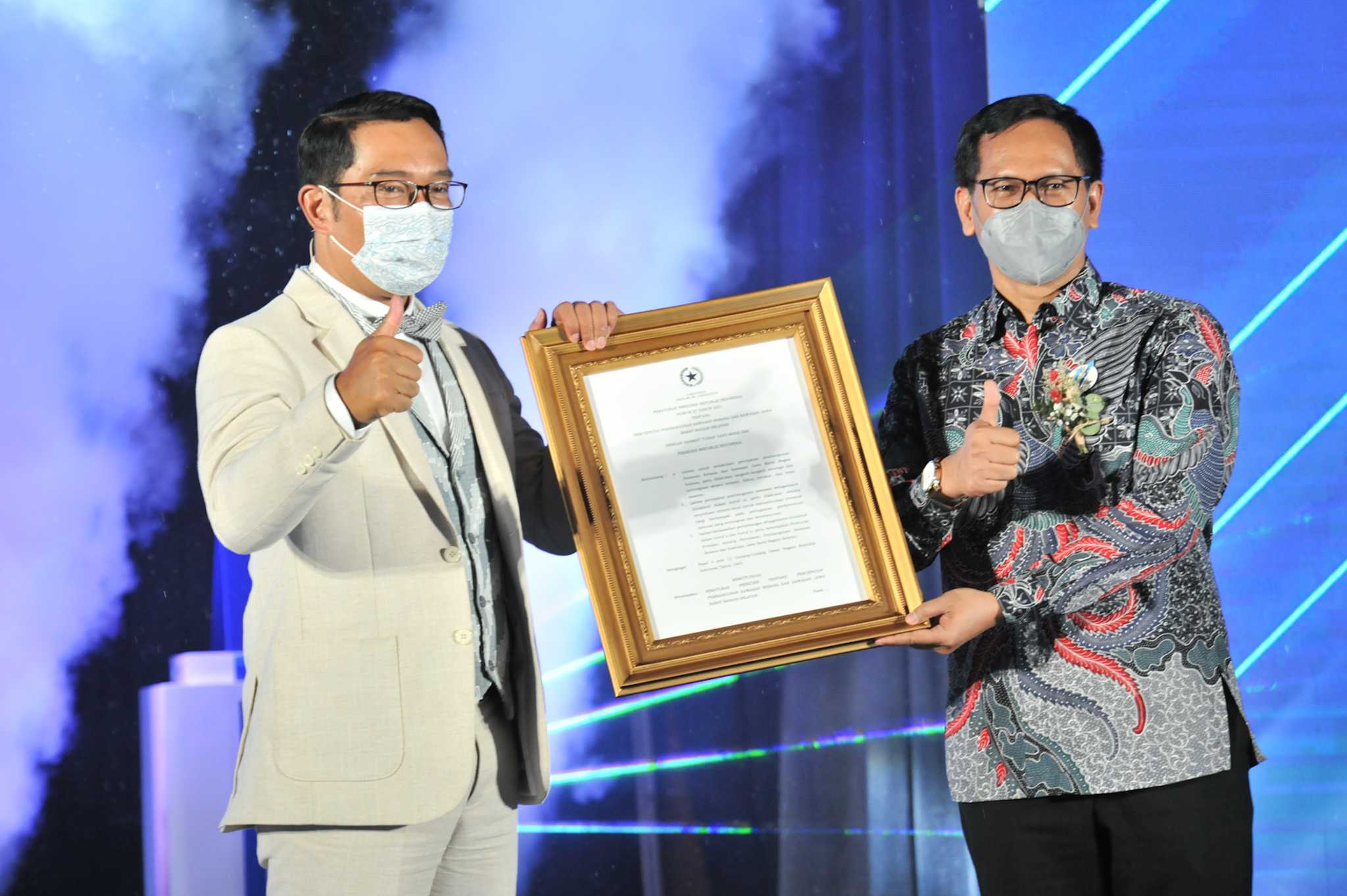 President Joko “Jokowi” Widodo on September 9 signed Presidential Regulation (Perpres) Number 87 of 2021 on Acceleration of Development of the Rebana Area and the Southern Area of West Java Province.

Cabinet Secretary Pramono Anung has expressed hope that the issuance of the Presidential Regulation would support the acceleration and fair distribution of the development in West Java and generate a positive impact on the national economy.

“The programs and projects are expected to provide a multiplier effect on the acceleration and fair distribution of the development in West Java, boost regional and national economic growth, and restore the national economy affected by COVID-19 pandemic,” the Cabinet Secretary stated in his written remarks delivered by Deputy Cabinet Secretary for Economic Affairs Satya Bhakti Parikesit at the 3rd West Java Investment Summit (WJIS) in Bandung, Thursday (21/10).

“West Java is the largest export contributor province in Indonesia. From January to July 2021, the value of West Java’s exports reached US$ 18.61 billion,” Pramono said.

He went on to say that West Java has a number of challenges that must be overcome. The challenges include 4.2 million low-income people and the Gini ratio of 0.412, higher than the national Gini ratio of 0.384 as of the first Semester of 2021. The open unemployment rate in the province, as of February 2021, was recorded at 8.92 percent, higher than the national rate of 6.26 percent.

“The issuance of Presidential Decree Number 87 of 2021 is expected to overcome the challenges and problems, boost job growth, as well as reduce unemployment and poverty in West Java,” the Cabinet Secretary stated.

The Cabinet Secretary also underscored the importance of synergy between the Central Government and regional governments in the implementation of the Presidential Regulation.

Pramono also stated that the programs and projects listed in the Presidential Regulation would be fruitless without the support from business entities. To that end, he encourages regional governments to support ease of doing business, such as ease of licensing, incentives provision, and land provision.

The Cabinet Secretary also asked regional governments to carry out dissemination and communication to the public, especially the affected communities, regarding the benefits of the programs and projects stipulated in the Presidential Regulation.

“The projects and programs stipulated in Presidential Regulation Number 87 of 2021 aim for the interests and prosperity of West Java people,” he remarked. (MAY/UN-PR of Cabinet Secretariat (RI/MUR)